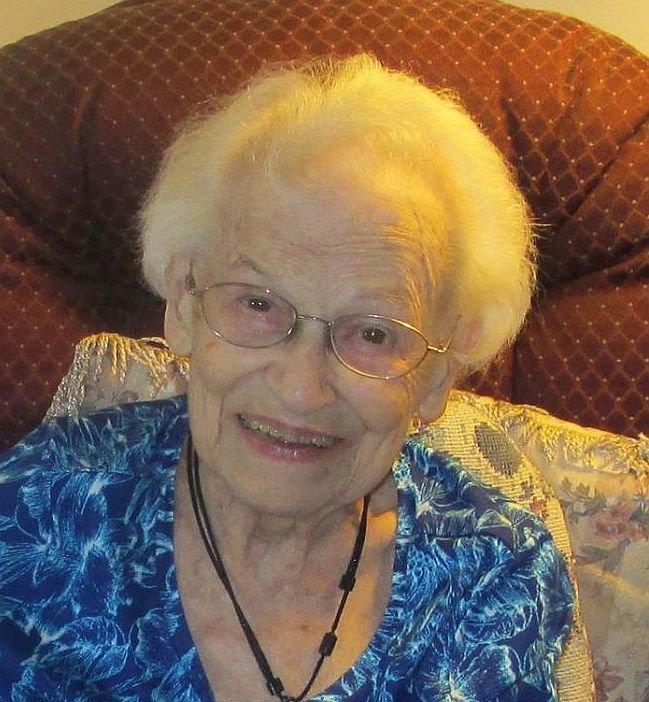 Phoebe Daniels Gill, 99, of Boalsburg, died Monday, Aug. 24, 2015, at Geisinger Medical Center, Danville, with family at her side. Born Jan. 25, 1916, in Swampscott, Mass., she was the daughter of Roy A. and Adeline Howard Daniels. She graduated from Melrose (Mass.) High School and studied at Massachusetts State College (UMass) at Amherst for two years before completing secretarial training and procuring a job at a Boston agency. In 1943 she met Tom Irvin Gill on a date arranged by her best friend, and they were married on May 20, 1944. She later joined him and spent a year in Korea where he served as a civilian legal advisor to the U.S. Army Military Government in 1946-47. On their return, they lived in Boston and Danville, Va., before settling in Boalsburg in 1957. Tom preceded her in death in 1992. Phoebe is survived by four children: Madeleine (Maddie) H. Gill, of State College, Phoebe G. Wooding, of Pittsburgh, Penelope (Penny) W. Gill, of White Plains, N.Y., and Charles D. Gill and wife, Roxann, of Boalsburg; seven grandchildren: Michelle Burtner, Benjamin Walker, Jefferson Kimerer, Rebecca Weber (Mark), Thomas Gill (Emily), Justin Gill, and Allegra Wooding; seven great-grandchildren; and one niece, Daphne Gill, of Tempe, Ariz. In addition to her husband, Phoebe was preceded in death by her brother, Charles Howard Daniels, and grandson Joel Walker. For more than 15 years, Phoebe was a secretary for Gill, Lederer, and Rayback law office. She was raised in the Unitarian Church and later became a member of St. Andrew’s Episcopal Church, State College, where she served on Altar Guild. Other volunteer activities included League of Women Voters, PTA, and Girl Scouts, and she devoted many hours to events and activities at the Boalsburg Heritage Museum. She was an ardent supporter of social justice and environmental causes. Phoebe took great pleasure in reading, listening to good music, doing crossword puzzles, joining friends for “Lunch Bunch,” and taking trips with family to such locations as the White Mountains, Niagara Falls, Colonial Williamsburg, Cape Cod, and (at age 78) to Paris, Cologne, and London. Visitation will be 2 p.m. to 4 p.m. on Saturday, Aug. 29, 2015, at Koch Funeral Home, 2401 S. Atherton Street, State College. A brief, informal celebration of her life will follow at 4 p.m., with all invited to share their memories of Phoebe. Private burial will take place at a later date in Seven Stars Cemetery. In lieu of flowers, donations in memory of Phoebe D. Gill may be made to Southern Poverty Law Center, 400 Washington Ave., Montgomery, AL 36104, donate.splcenter.org; or to the Boalsburg Heritage Museum Association, PO Box 346, Boalsburg, PA 16827. Arrangements are under the care of Koch Funeral Home, State College. Online condolences and signing of the guest book may be entered at www.kochfuneralhome.com or visit us on Facebook.
To send flowers to the family or plant a tree in memory of Phoebe Gill, please visit Tribute Store
Saturday
29
August

Share Your Memory of
Phoebe
Upload Your Memory View All Memories
Be the first to upload a memory!
Share A Memory
Send Flowers
Plant a Tree