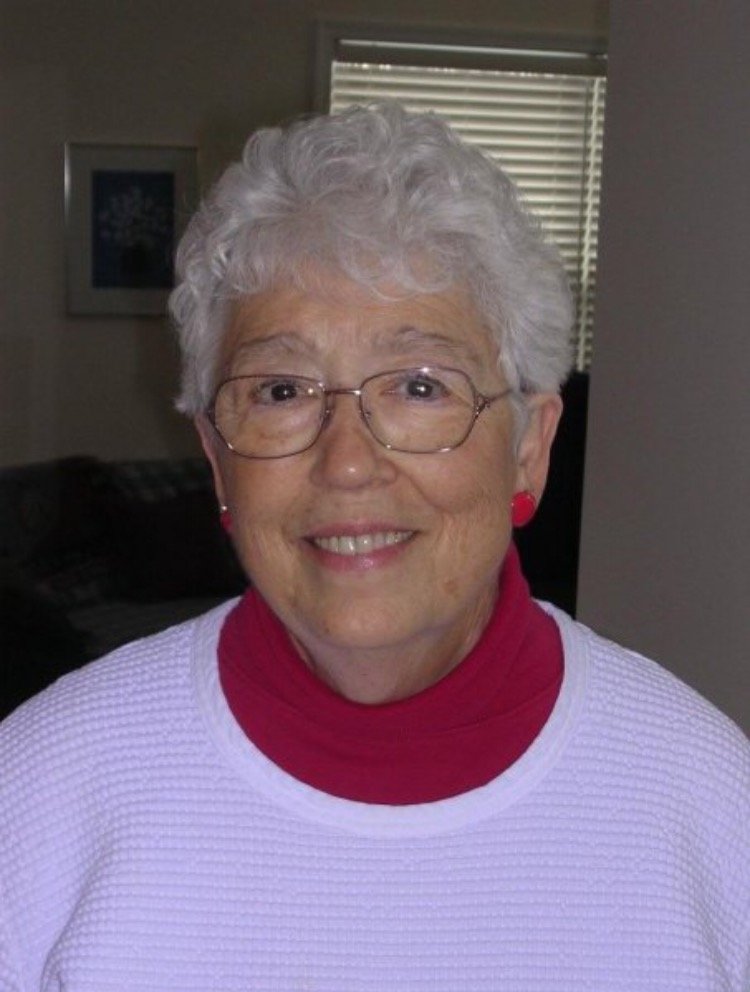 Helen Louise Breon Volz of Boalsburg died Tuesday September 1, 2015 at Mount Nittany Medical Center after a year-long struggle with leukemia. Born January 11, 1937 in Bellefonte, Helen was the daughter of Robert H. Breon, Sr. and Myra Amelia Stover Breon of Millheim and State College. On August 14, 1958 she married Carl Volz, Jr., also of State College. Thus began a 57-year marriage. Two children were born to this union: Kira Louise and Frederick Carl. Helen graduated from State College Area High School in 1954, where she was active in music programs and the yearbook staff. In 1958 Helen graduated from Penn State where she earned a degree in Elementary Education with a Speech Correction emphasis. In 1965, she received an MS in Speech Pathology and Audiology, and in 1975 she completed her PhD in Human Development and Family Studies, both from Penn State. Helen worked as a speech pathologist in many facilities in central Pennsylvania, including schools, nursing homes, hospitals, and at Penn State. Helen was a very active member of the Unitarian Universalist Fellowship of Centre County in State College. There she served on many committees, often as the chair. She also served as Fellowship President. Helen is survived by her husband Carl, son, Fred Volz and daughter-in-law, Maureen Volz; daughter Kira Rensch, son-in-law Mark Rensch; and granddaughters, Alena and Amelia Rensch and Katie Volz. She is also survived by close friends Virginia Hubbs and Barbara Hartle. Helen will be remembered for her dedication to family, friends, and community. Her greatest joy was time spent with her family and friends and vacations at the family cottage in Canada. In keeping with her wishes, there will be no viewing or service at this time, however; a memorial gathering is planned for the future. Those wishing to make a donation in Helen’s memory are asked to consider the following: Leukemia & Lymphoma Society, 1311 Mamaroneck Avenue, Suite 310, White Plains, NY 10605; Memorial Sloan-Kettering Cancer Center, 1275 York Ave, New York, NY 10065; or the Mount Nittany Medical Center Healing Garden, 1800 East Park Avenue, State College, PA 16803. Arrangements are under the care of Koch Funeral Home. Online condolences and signing of the guest book may be entered at www.kochfuneralhome.com.
To send flowers to the family or plant a tree in memory of Helen Breon Volz, please visit Tribute Store

A Memorial Tree was planted for Helen
We are deeply sorry for your loss ~ the staff at Koch Funeral Home
Join in honoring their life - plant a memorial tree
Services for Helen Breon Volz
There are no events scheduled. You can still show your support by sending flowers directly to the family, or planting a memorial tree in memory of Helen Breon Volz.
Visit the Tribute Store

Share Your Memory of
Helen
Upload Your Memory View All Memories
Be the first to upload a memory!
Share A Memory
Send Flowers
Plant a Tree