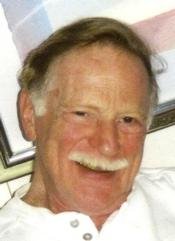 Fred Mamett, 83, of State College, died at home on Monday, June 6, 2011. Fred was born August 30, 1927, in Chicago, Illinois, to the late Bertha Kzar Mamett and Philip H. Mamett. On October 22, 1950, Fred married Beverly nee Burke who passed away on April 29, 1995, at the age of 65. Fred is survived by one daughter and her spouse, Julie Mamett McQuay and Steven McQuay of State College, two sons and their spouses, Jeff and Susan, of Catawissa, and Martin and Lynn of Sydney, Australia; and four granddaughters, Callie Jo Helmstetter and her husband Drew of Enola, Kaitlin Mamett of Enola, and Erin and Emily McQuay of State College. Fred is also survived by his two sisters, Evelyn and Ann Rochelle. Fred was a Registered Professional Engineer licensed in Illinois, Pennsylvania and Virginia. He began working at age 9 for his father at Chicago Generator and Armature Service Company and at age 14 began doing repair work at Western Electric. Fred graduated from Harrison High School, Chicago, in 1945 and then entered the Army. After being discharged as a Sergeant, Fred graduated with honors from the Illinois Institute of Technology in 1950 with a degree in Electrical Engineering. Fred's first engineering job out of college was doing military research at Armour Research Laboratory in Chicago. Next, Fred became an Engineer at Cook Electric, also in Chicago, and then in 1966, Fred and Beverly moved their family to State College when Fred became the General Plant Manager of Fisher Electronics in Milroy, where he remained until 1975. Fred then became the Vice-President of Engineering at Cerro Metal and Brass, in Bellefonte, until his retirement in 1988. At Cerro, he was in charge of Plant Engineering, Maintenance of Plant Facilities, New Product Design, and Support of Engineering Functions. Some of his accomplishments while at Cerro include the construction of a new forge plant in Weirs Cave, Virginia, and the installation of the first indirect extrusion press in Bellefonte. Upon retiring Fred was a founding member of SCORE Central Pennsylvania Chapter 618 which counseled start-up businesses and was a member of the Centre Region Taxpayers Association, a watchdog group for the State College Area School Board. Fred enjoyed his granddaughters, golf, making furniture, fixing things and a good argument. Fred's family would like to thank those who have been there for Fred and for his family over the last several years through his declining health. Friends will be received from 10 to 11:30 a.m. on Monday, June 13, 2011, at the Koch Funeral Home, 2401 S. Atherton St., State College. A memorial service will follow at 11:30. In lieu of flowers, please make memorial contributions to Habitat for Humanity, 1155 Zion Road, Bellefonte, PA 16823.
To send flowers to the family or plant a tree in memory of Fred Mamett, please visit Tribute Store

A Memorial Tree was planted for Fred
We are deeply sorry for your loss ~ the staff at Koch Funeral Home
Join in honoring their life - plant a memorial tree
Services for Fred Mamett
There are no events scheduled. You can still show your support by sending flowers directly to the family, or planting a memorial tree in memory of Fred Mamett.
Visit the Tribute Store
Print
Share A Memory
Send Flowers
Plant a Tree