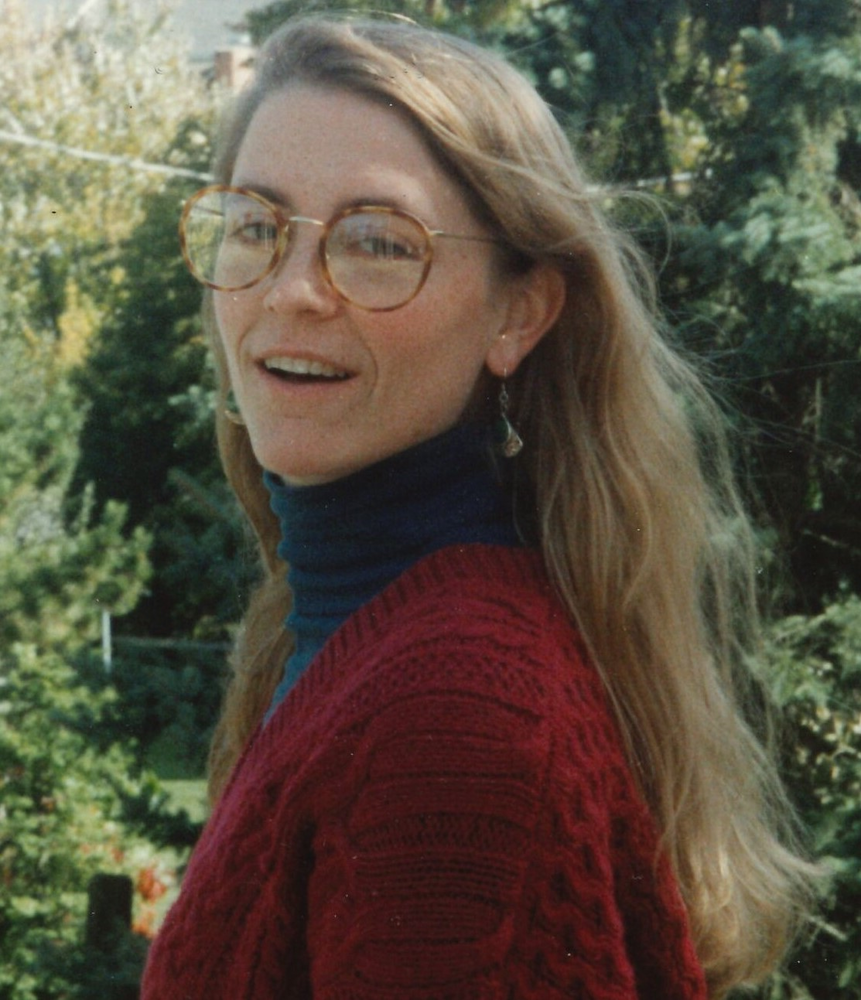 Wendy Mari Hanson passed from this life on July 27, 2019. She was born November 28, 1961 in the Summit, NJ, hospital. She was the beloved wife of Randy Doughty who survives in State College. She is also survived by her parents, Helen H. and David P. Hanson of Boalsburg, and by her sister, Lora Hanson Warner of Green Bay, WI. Wendy did not have children but her dogs, parrot, and horses amply served as good substitutes. Her parrot has been with her over 30 years. Wendy started her schooling at age two and a half in her mother's nursery school in Ridgefield, NJ, in the Episcopal Church that sponsored the school. When the family moved to Edinboro, PA, she was enrolled in the campus school at Edinboro State University. Later the family moved to Virginia, and she finished her schooling in the Harrisonburg Public School system, where she excelled in music endeavors, singing the lead in HMS Pinafore as a sixth grader, and also in an elite high school group of girls known as the Triple Trio. She continued her education at Hope College in Holland, Michigan and graduated in 1983 with a double major in Computer Science and Business. She also continued her training in vocal music and sang in the chapel choir. After graduating she moved to the DC area where over several years she was employed as a computer programmer for several companies. She became a computer consultant working independently for several years, often trouble-shooting problems with programs. When the market for consultants diminished, she took employment at several universities, including the University of the Virgin Islands, George Washington University, Johns Hopkins University, and finally arriving at Penn State University about 15 years ago. She was on a year-long leave of absence from Penn State when she passed. She continued her music interests over the years by singing in bands and taking courses in music. In the State College area, she last sang with the "Overhead" band as their lead singer. For someone who tended to be rather shy, she loved to belt out a blues song in front of a mike. She also authored several songs. Besides taking long walks with Randy, and caring for all of her animals, she enjoyed gardening, whether it was growing flowers or vegetables. She was a very kind and loving wife, family member, and friend who will be greatly missed by all who knew her. Visitation will be 7 to 9 PM, on Friday, August 16th at Koch Funeral Home, 2401 S. Atherton St., State College. A Memorial Service will be at 11 AM, on Saturday, Aug. 17th at Koch Funeral Home with Jackie Hook officiating. In lieu of flowers, memorial contributions may be sent to the Eleventh Hour Animal Rescue of New Jersey, https://www.ehrdogs.org/info/donate, or to a dog rescue charity of the donor's choice. Arrangements are under the care of Koch Funeral Home, State College. Online condolences and signing of the guest book may be entered at www.kochfuneralhome.com.
To send flowers to the family or plant a tree in memory of Wendy Hanson, please visit Tribute Store
Friday
16
August

Share Your Memory of
Wendy
Upload Your Memory View All Memories
Be the first to upload a memory!
Share A Memory
Send Flowers