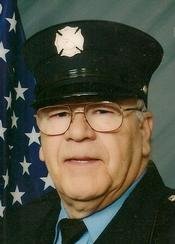 Jack Allen Zook, 72, of Lemont, died unexpectedly at his home on October 16, 2011. He was born on September 26, 1939, and graduated from Kishacoquillas High School, Class of 1959. He leaves behind his wife of 27 years, Elena De Luca; his beloved children, Jacqueline and Alan Wilson, Jennifer and Scott Simmons, Robert and Anne De Luca, Michael and Maryellen De Luca. In addition, he is survived by the loves of his life, Jake and Ella Simmons, Tessa De Luca, Nicholas, Erin, and Libby De Luca, Kaylynn, Caroline, and Sara Wilson. He was predeceased by his parents, Pauline and Marlin Zook of Belleville, PA, and a brother, James. He is also survived by his sisters and their spouses, Rosann and Ed Moore, Marcia and Ron Parker, Polli and Paul Specht, and Susan and John Colpetzer, as well as many devoted nieces, nephews, and long-standing friends. He proudly served in the United States Marine Corps during the Viet Nam War, was assigned to the United States Navy as a Corpsman, served in the Army Reserves, and retired from the Pennsylvania Air National Guard. He was activated in 1996 to serve as part of Operation Joint Endeavor in Hungary during the Bosnian Conflict. He retired in 2003 from the Applied Research Laboratory, The Pennsylvania State University. Jack's first passion was serving his local community for more than 40 years in many capacities as a member of the Alpha Fire Company. He was the first 'Santa' for the fire company's Santa Express. He was a member of the American Legion, Post 245 State College, Veterans of Foreign Wars, Post #5935 Belleville and the Free and Accepted Masonic Lodge 700 State College. Jack was committed to his family and enjoyed nothing more than the annual tradition of hosting his family and friends for a Thanksgiving feast each year. Friends will be received at Koch Funeral Home, 2401 S. Atherton St., State College, on Tuesday, October 18, from 5:00 p.m. to 8:00 p.m. The funeral service will be held at 1:00 p.m. on Wednesday at the funeral home with the Monsignor Philip Saylor officiating followed by fire company processional tribute to St. John's Lutheran Cemetery in Belleville. Memorial contributions may be made to the Wounded Warrior Project, www.support.woundedwarriorproject.org or Alpha Fire Company, 400 West Beaver Avenue, State College, PA Online condolences may be made at www.kochfuneralhome.com.
To send flowers to the family or plant a tree in memory of Jack Zook, please visit Tribute Store

A Memorial Tree was planted for Jack
We are deeply sorry for your loss ~ the staff at Koch Funeral Home
Join in honoring their life - plant a memorial tree
Services for Jack Zook
There are no events scheduled. You can still show your support by sending flowers directly to the family, or planting a memorial tree in memory of Jack Zook.
Visit the Tribute Store
Print
Share A Memory
Send Flowers
Plant a Tree