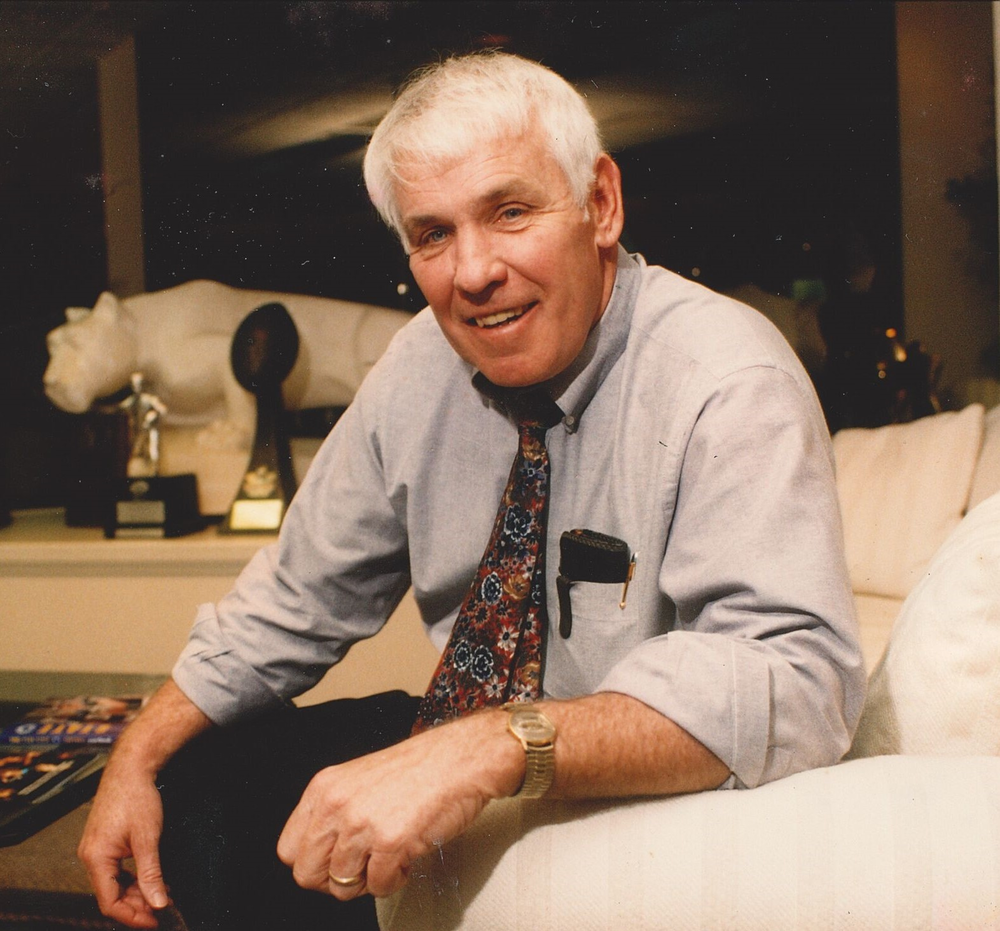 James N. "Jim" Williams, 78, of State College, died Wednesday, October 9, 2019, at Geisinger Medical Center, Danville. Born September 28, 1941, in Bellefonte, he was the son of the late William Elwood and Geraldine Heverly Williams. On May 21, 1962, he married Betsy Breon, who survives. Also surviving are two children, Jennifer Kaluza and her husband, Richard, of State College, Tom B. Williams and his wife, Melissa, of Boalsburg; three siblings, Michael E. Williams and his wife, Mary Jane, of Boalsburg, Mary Lou Pavone and her husband, Anthony, of Annville; Kathy Hoke and her husband, James, of Davis, CA; four grandchildren, Tyler and Morgan Kaluza, Jake and Alexandra Williams. He was a 1959 graduate of State College High School where he was recognized as 2nd team, All-State in football. Jim received a Bachelor's degree from Penn State University in Business Education and became a two-year starting center for the Nittany Lions, graduating in 1963. He served as an assistant coach at Bellefonte High School for five years under Hall of Famer Bill Luther. In 1969 he became the head coach at his high school alma mater and proceeded to go 65-13 in eight seasons. During that span, his teams won five consecutive Western Conference titles and the mythical 1973 State Championship. That same year, Jim was selected as Coach of the Year. In 1974, he was named as the head coach for the Pennsylvania Big 33 Team. In 1977, he joined the Penn State University staff as a defensive coach for the next 16 years and then served as an administrative assistant for 12 years. The highlights of Jim's coaching career at Penn State were helping lead the defense as part of Penn State's two national championships in 1982 and 1986. The 1986 defensive unit did not allow more than 19 points to an opponent all season and finished off the season with a 14-10 victory over Miami in the 1987 Fiesta Bowl, to close out the year 12-0 and help secure Penn State's second national championship in four years. He wrapped up his coaching career as a volunteer coach at State College High School from 2005-2009. In 1996, Jim was inducted into the Pennsylvania High School Coaches Hall of Fame for his many contributions as a prep coach and was a Class of 2018 Centre County Hall of Fame Inductee. Jim was a member of Our Lady of Victory Catholic Church. Visitation will be 2 until 4 p.m. & 6 until 8 p.m., Monday, October 14, 2019 at Koch Funeral Home, 2401 S. Atherton St., State College, PA. Mass of Christian burial will be 10:30 a.m., Tuesday, October 15, 2019 at Our Lady of Victory Catholic Church, 820 Westerly Parkway, State College, PA. Burial will be in Centre County Memorial Park. In lieu of flowers, memorial contributions may be made to the Letterman's Assistance Fund, c/o Kirk Diehl, 147 Bryce Jordan Center, University Park, PA 16802 or to the State College Football Boosters, P.O. Box 445, State College, PA 16804-445. Arrangements are under the care of Koch Funeral Home, State College. Online condolences and signing of the guest book may be entered at www.kochfuneralhome.com.
Monday
14
October

Share Your Memory of
James
Upload Your Memory View All Memories
Be the first to upload a memory!
Share A Memory
Send Flowers