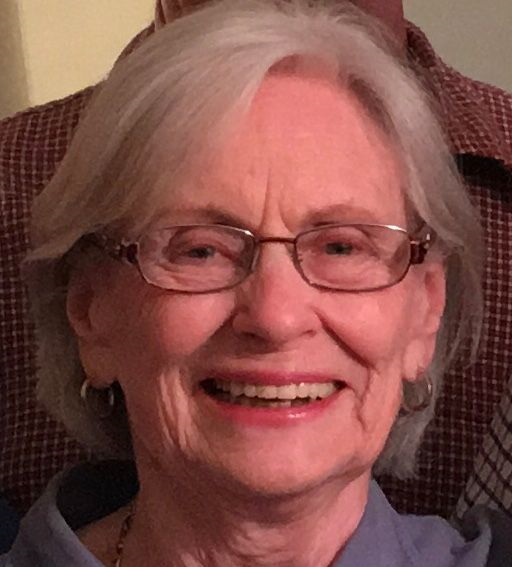 Born December 7, 1928, in Brooklyn, NY, she was the daughter of the late Theodore W. and Olga Andersen Coleman. On August 11, 1951, at Grace Lutheran Church, State College, she married her college sweetheart, Charles C. Sullivan, who preceded her in death on January 3, 2019. Also preceding her in death were her brother, T. William Coleman Jr. and her nephew T. William Coleman III.

Surviving are three children, Colleen S. Viehdorfer and her husband, Robert, of Allport, Douglas J. Sullivan and his wife, Nancy, of Lawrenceville, GA, Lauren S. Paitson and her husband, David, of Sault Ste Marie, MI; one sister, Charlene Harris MacNutt, of Brays Island, SC, and one bother Guy T. Coleman and his wife Sally of Lady’s Island, SC; six grandchildren, Tracy Russ (husband Matt), Kristey Weber (husband Josh), Lindsay Kleinhoff (husband Billy), Aubrey Candela, Colt Viehdorfer (wife Elizabeth), and Dylan Viehdorfer (fiancée Brandy Phillips). Also surviving are eight great-grandchildren, Sullivan, Ansley, Cullen, Hank, Abigail, Brennan, Charley Marie, and Eleanor.  She was lovingly called M’nee by her grandchildren, great-grandchildren, and many other children who have been fortunate enough to be able to spend time with her and get to know her, enjoying her humor and appreciating her wisdom.

Bea was a 1946 graduate of Fort Hamilton HS in Brooklyn, and worked in banking for a year before she decided to go to college. She attended Penn Hall Junior College in Chambersburg, PA, for two years before continuing her education at Penn State’s University Park Campus, known then as the Pennsylvania State College, and graduating in 1951 with a B. A. in Commerce & Finance.  At Penn State Bea was a member of Kappa Kappa Gamma Sorority, Chi Theta Commerce and Economics Professional Fraternity, Intramurals, and Thespians.

Bea was a homemaker and then office manager of Controlled  Metals, Inc., a business which she and her husband owned, and which was in Warrington and then Ivyland.  This metal distribution company sold to electrical manufacturers, ship building companies, and the U.S. Navy, and was sold upon the Sullivans’ retiring to State College in 1991.

Bea was currently a member of First Presbyterian Church in Philipsburg, having recently transferred from the State College Presbyterian Church, where over the years she served as a Deacon, a Visiting Deacon/Hospital Visitor, and as a Table Parent in the LOGOS program. For many years Bea was a volunteer driver for the Mt. Nittany UMC Park Forest Day Nursery Preschool, making sure children in need of transportation could attend.  Before moving to Centre County Bea had also been active in teaching Sunday School at Berwyn United Methodist Church, being a Girl Scout Leader in Warrington, and serving as a volunteer at St. Luke’s Hospital in Quakertown.

Bea was a long-time volunteer for the American Red Cross in Centre County at the office on Pugh Street during a time when everything was recorded by hand.  She became a familiar and welcome face as she greeted donors and made them comfortable before and after their appointments.  She was twice recognized for her dedication, cheerfulness, and service, having been honored to receive the Shirley Andrews Award in 2006 “in recognition of outstanding volunteer service in the Chapter Blood Services Program,” and the Minnie Parks Volunteer Spirit Award in 2012 “in recognition of the volunteer spirit that celebrates the joy of life, the satisfaction inherent in serving others, the devotion to those around us, and the warmth in an enduring smile.”

The Minnie Parks Volunteer Spirit Award describes not only Bea’s service to the Red Cross, but also her ever-cheerful spirit of dedication, devotion, and true caring that she exhibited toward everyone, family, friend, or stranger, who ever had the great fortune to know her.

Share Your Memory of
Beatrice
Upload Your Memory View All Memories
Be the first to upload a memory!
Share A Memory
Send Flowers