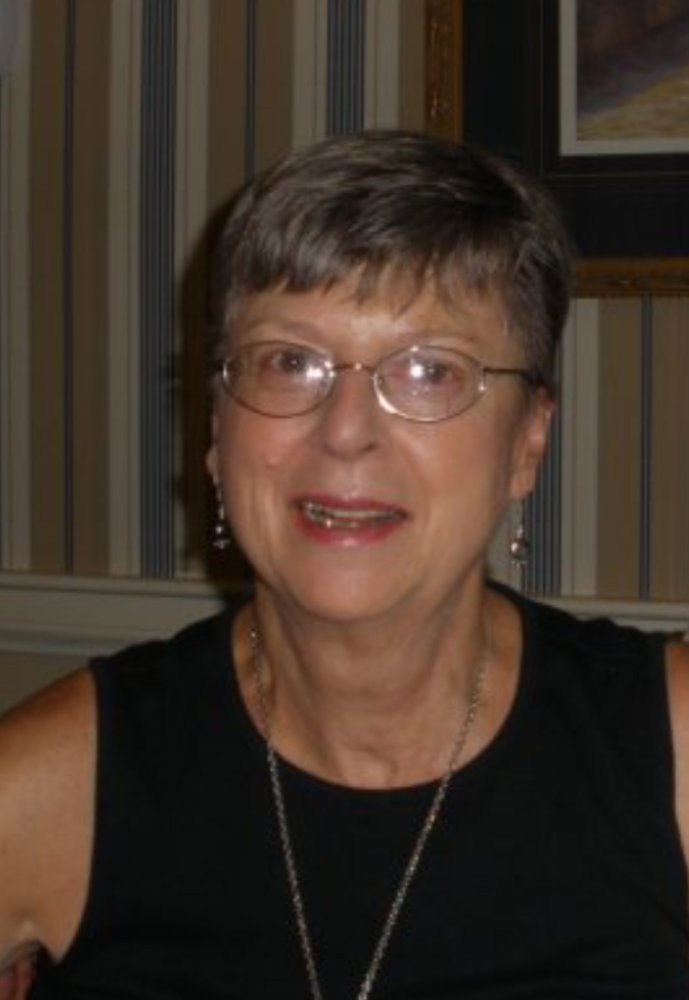 Evelyn Joan Heiyen Buckalew died on Sunday, November 17, 2019, at Juniper Village at Brookline. Born in Binghamton, New York, on August 11, 1935, she was the daughter of the late Mark and Helen (Keller) Heiyen. She was predeceased by a brother, John "Jack" Heiyen, and his wife, Margaret (Neville) Heiyen. Evelyn graduated with honors from Harpur College (now SUNY Binghamton), where she earned a bachelor's degree in English. She then attended the University of Illinois, where she had a fellowship and later an assistantship to study English, earning a master's degree, as well as completing the coursework toward a doctorate, in that field. In Anglo-Saxon class, she met her future husband, Ronald Buckalew, as they were two of only three students to have a fellowship in their first year. She and Ronald, who survives her at Juniper Village, were married on August 30, 1958. Evelyn and Ronald moved to State College, Pennsylvania, in 1963, the year their daughter, Dana, who survives in State College, was born. They later had a son, Stephen, who survives in Boalsburg. Evelyn worked as an instructor at The Pennsylvania State University, teaching technical writing, business English, humanities, and composition courses. She subsequently worked as a production editor for numerous publications in the field of transportation. Following a year living in England while Ronald was on sabbatical leave, she began working for the College of Agriculture as an editor of Ag Extension publications and then served as writer/editor of Penn State Agriculture magazine until her retirement in 1997. Evelyn enjoyed cooking, gardening, reading – especially mystery and espionage stories – and spending time with family. She also enjoyed trips to Cape May, New Jersey, and Rehoboth Beach, Delaware, with family and friends. She will particularly be remembered for her generous spirit, which frequently expressed itself in carefully chosen gifts for many occasions, as well as her grace in coping with her years living with Parkinson's disease. In addition to her children, Evelyn is survived by a son-in-law, James Zuhlke; Dana's and Jim's daughters, Emma, Diana, Julia, and Sarah, along with their partners; one great-grandson; and a sister-in-law, Linda (Buckalew) Deffenbaugh, and her husband, John Deffenbaugh. Friends and family will be received from 5 until 7 p.m., on Friday, November 22, 2019, at Koch Funeral Home, 2401 South Atherton Street, State College. They will also be received from noon until 1 p.m., on Saturday, November 23, 2019 at the funeral home. A celebration of Evelyn's life will immediately follow at 1 p.m. with Pastor Brent Book presiding. Burial will be in the Boalsburg Cemetery. In lieu of flowers, memorial contributions may be made to the Parkinson's Disease Foundation, 1359 Broadway Suite 1509, New York, NY 10018. The family wishes to especially thank the staff at Juniper Village, particularly in Skilled Nursing, as well as Grane Hospice, Altoona, PA., for their compassionate care of Evelyn. To sign the online guestbook, go to www.kochfuneralhome.com.
Friday
22
November

Share Your Memory of
Evelyn
Upload Your Memory View All Memories
Be the first to upload a memory!
Share A Memory
Send Flowers