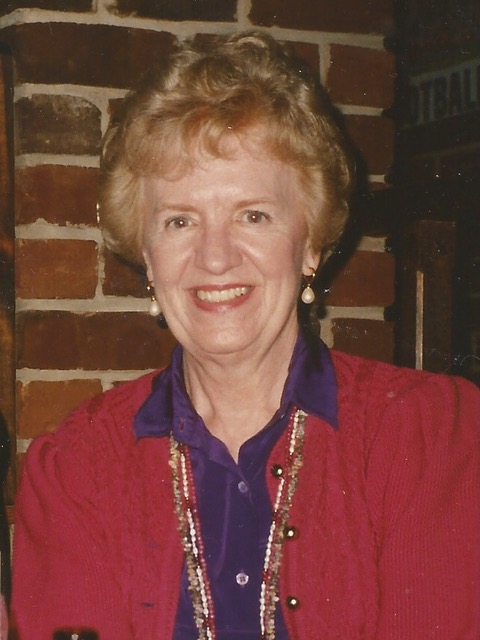 Patricia M. "Pat" Kelley of State College died Tuesday, December 10, 2019, at Juniper Village at Brookline after a short illness. Born in McKeesport, she was the daughter of the late George W. and Winifred Tuttle Misner. Pat earned a Bachelor of Music from the University of Michigan and a Masters of Fine Arts in Music from Carnegie Mellon. She was married to E. James Kelley, who preceded her in death on December 2, 2010. Before moving to State College she was Elementary Music Supervisor at the Norwin School District. She also served at that time as the organist at Saint Peter's Episcopal Church in Pittsburgh. In State College, Pat was popular with her seventh- and eighth-grade students. She taught vocal music at Park Forest Middle School of the State College School District for more than thirty years. She was cited for her work as an outstanding music teacher by the Pennsylvania Music Educators Association. Pat thought that every student could learn to sing, and she used question bees, trivia, and baseball games to make learning fun. Pat was a member of the State College Presbyterian Church. She was also a member of the State College Choral Society (retired), the Penn State University Women's Club, the Antiquists, and the Daughters of the American Revolution. She had been Past President of the Board of the Music Academy. She is survived by two sisters, Nancy M. Matko and her husband, Edward, of Harrison City and Jo Anne Mooney of Durham, NC, and by nieces Jane H. Mooney of Wellesley, MA, and Ellen, of Myanmar, and nephews Richard D. Mooney (Julie), of Durham, NC, and Thomas (Elene), of Boulder, CO. She was predeceased by her sister Jean L. Misner. Visitation will be from 2 until 4 p.m., on Sunday, December 15, at Koch Funeral Home, 2401 South Atherton Street, State College. Funeral service will be at 2 p.m., on Monday, December 16, at the funeral home with Jackie Hook officiating. Burial will be in Woodlawn Cemetery near Harrison City. In lieu of flowers, memorial contributions may be made to a charity of the donor's choice. Arrangements are under the care of Koch Funeral Home, State College. Online condolences and signing of the guest book may be entered at www.kochfuneralhome.com.
To send flowers to the family or plant a tree in memory of Patricia Kelley, please visit Tribute Store
Sunday
15
December

Share Your Memory of
Patricia
Upload Your Memory View All Memories
Be the first to upload a memory!
Share A Memory
Send Flowers