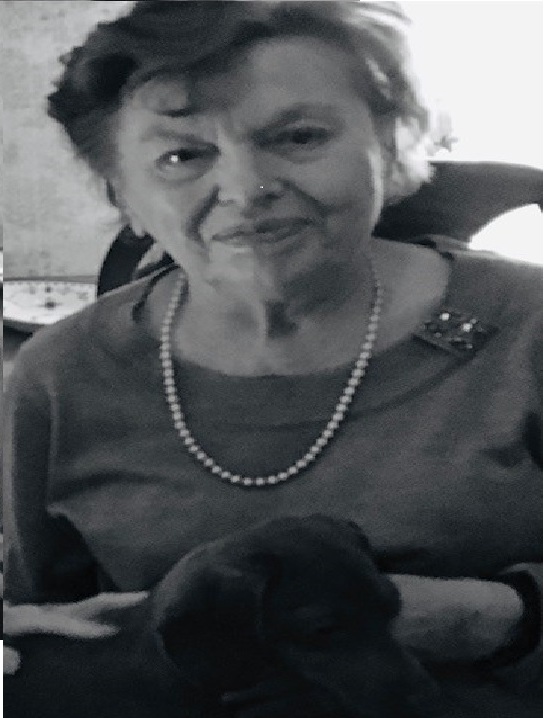 Our beloved Marianne (Manya) left this world on the evening of Dec. 27th, 2019. It was the day of her 63rd Wedding Anniversary—her dearest George called her to him to spare her any more suffering. Marianne Fischer was born in Jablonec, Czech Republic, on Dec. 14th 1929, the daughter of an Austrian father, Emil Fischer and a Swiss mother, Margarethe von Kaenel. Marianne lost her own mother at only 13 and came to Bern, Switzerland, as a refugee of WWII, to the care of her Aunt Irma von Kaenel, her mother's sister, who adopted her. Bern became her home, where she was educated and trained as a teacher. She spoke six languages fluently and received a degree from the Interpreter's School in Geneva. There, she worked as an interpreter in a diplomatic capacity. In Geneva, she met her future husband, George Mauner, who came from New York City and who had also been a child refugee from Hungary. They married in Bern on Dec. 27th, 1956. Manya, (as she was known to her friends) and George first moved to Manhattan, where she worked at the Lord & Taylor department store, while George completed his PhD in Art History at Columbia University. They moved to State College in 1962, when George was offered a professorship at Penn State. For over 50 years, from their first little house on S. Garner St. to their farmhouse on Kennard Road, "Harmony Farms", their home became a haven to many friends from here and abroad. It is where they raised their daughter Claudia and spent summers with their granddaughter, Zoe Sophia. The Mauner house was always filled with George's piano music, laughter and the wonderful smell of European cooking—and the indispensable dachshund. All were welcome. Manya taught Interpreting at PSU and was also employed at the International Student Center in Kern bldg, as an ambassador for foreign students, helping them to find housing and get acclimated to Happy Valley, often speaking to them in their native languages. Manya was also an accomplished painter. She loved nature, especially flowers, and she created hundreds of watercolors and oil paintings in the painting studio George had built for her. She painted throughout her life, the local Pennsylvania landscapes and rolling hills, which she always said reminded her of her childhood home in Bohemia and also Switzerland. Her paintings bring joy to the homes of friends around the world. Friends of all ages looked to Manya for her strength and wisdom. Her wonderful singing voice, her smile, her laugh, her sense of humor and her loving heart were testament to her optimism and generosity. She will be so missed. She is survived by her daughter Claudia and her granddaughter Zoe Sophia. A private family gathering will be held for Manya, in loving memory. Donations can be made in her name to the People For the Ethical Treatment of Animals (PETA) Flowers to the Mauner family at 800 Kennard Rd. State College, Pa. 16801 Arrangements are under the care of Koch Funeral Home, State College. Online condolences and signing of the guest book may be entered at www.kochfuneralhome.com.
To send flowers to the family or plant a tree in memory of Marianne Mauner, please visit Tribute Store
Services for Marianne Mauner
There are no events scheduled. You can still show your support by sending flowers directly to the family, or planting a memorial tree in memory of Marianne Mauner.
Visit the Tribute Store

Share Your Memory of
Marianne
Upload Your Memory View All Memories
Be the first to upload a memory!
Share A Memory
Send Flowers