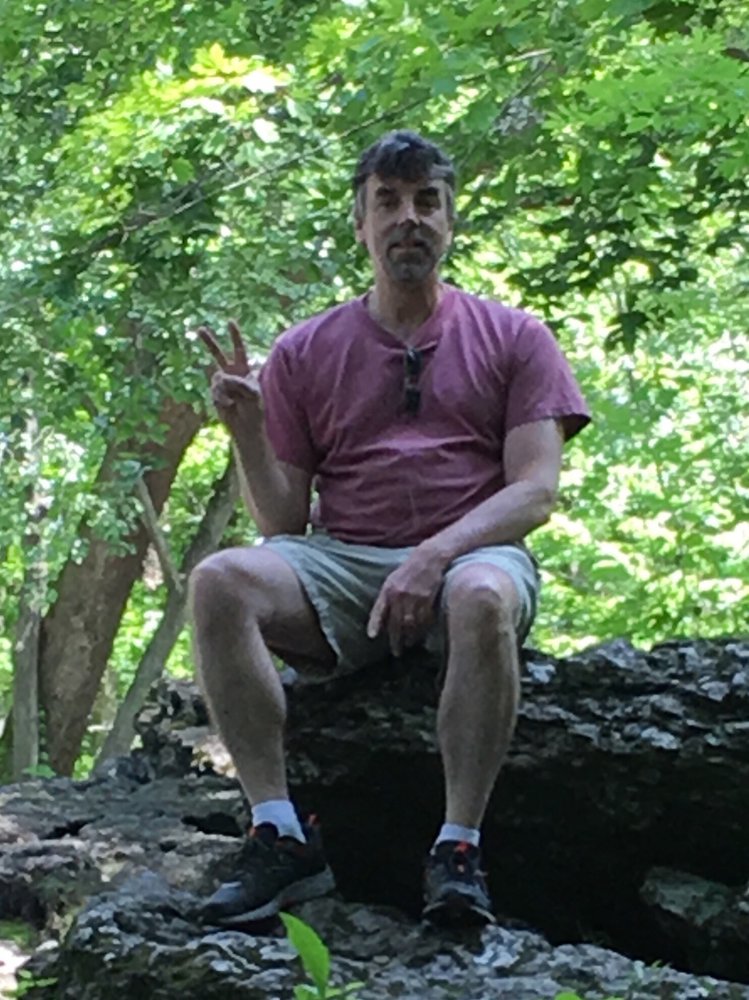 Edward James McGowan, Jr., age 56, passed away March 12, 2020 at 9:20 p.m. from lung cancer complications. He had never smoked. He was born in Pittsburgh, PA in 1963. In addition to his wife Teresa McGowan, he is survived by his mother Anita Thompson, sister and brother-in-law Karen and David Steinberg, sister and brother-in-law Cheryl and Tim Grey, stepson and daughter-in-law Bo and Michelle Johnson, and grandchildren Tessa and Avery. He was predeceased by his father Edward James McGowan, Sr. His family and friends loved him for his easy grace, welcoming smile, and his genuine desire to help others. His passion for learning and curiosity about the world made him a pleasure to spend time with, whether taking a quiet walk in the woods or having a deep conversation. Laughter came easily when spending time with Ed and his good-hearted nature made him easy to love. Ed began his career as a programmer for Centre County government in 1986 and became a programmer/analyst at Link Computer Corporation in 1992. In 1993, he was hired as the first information technology professional to work for Penn State Student Affairs. As the complexity of student services grew, Ed used his remarkable talent for writing code and developing software to create innovative programs that served the needs of hundreds of staff members and all Penn State students. He created management and record-keeping software for employee professional development, administered database and web application servers, and added his expertise to University-wide projects. In 2008, Ed was promoted to assistant director of the growing Student Affairs IT department and in 2014 was named director. He placed a high value on consensus and was a natural at teaching and leading others. Ed's gentle demeanor and thoughtful, diplomatic approach made him a beloved colleague of all who worked with him. Despite having many professional responsibilities, Ed was generous with his time and active in community social services. He was a volunteer with Special Olympics and was a mentor in the Centre County Youth Service Bureau's Big Brothers/Big Sisters program. He was also involved in animal welfare organizations, sharing his home with many Pets Come First foster dogs over the years and serving as a transport driver for adoptable dogs through Rescue Road Warriors. A celebration of life will be announced for a date in the very near future. Arrangements are under the care of Koch Funeral Home, State College. Online condolences and signing of the guest book may be entered at www.kochfuneralhome.com or visit us on Facebook.
To send flowers to the family or plant a tree in memory of Edward McGowan, please visit Tribute Store
Services for Edward McGowan
There are no events scheduled. You can still show your support by sending flowers directly to the family, or planting a memorial tree in memory of Edward McGowan.
Visit the Tribute Store

Share Your Memory of
Edward
Upload Your Memory View All Memories
Be the first to upload a memory!
Share A Memory
Send Flowers