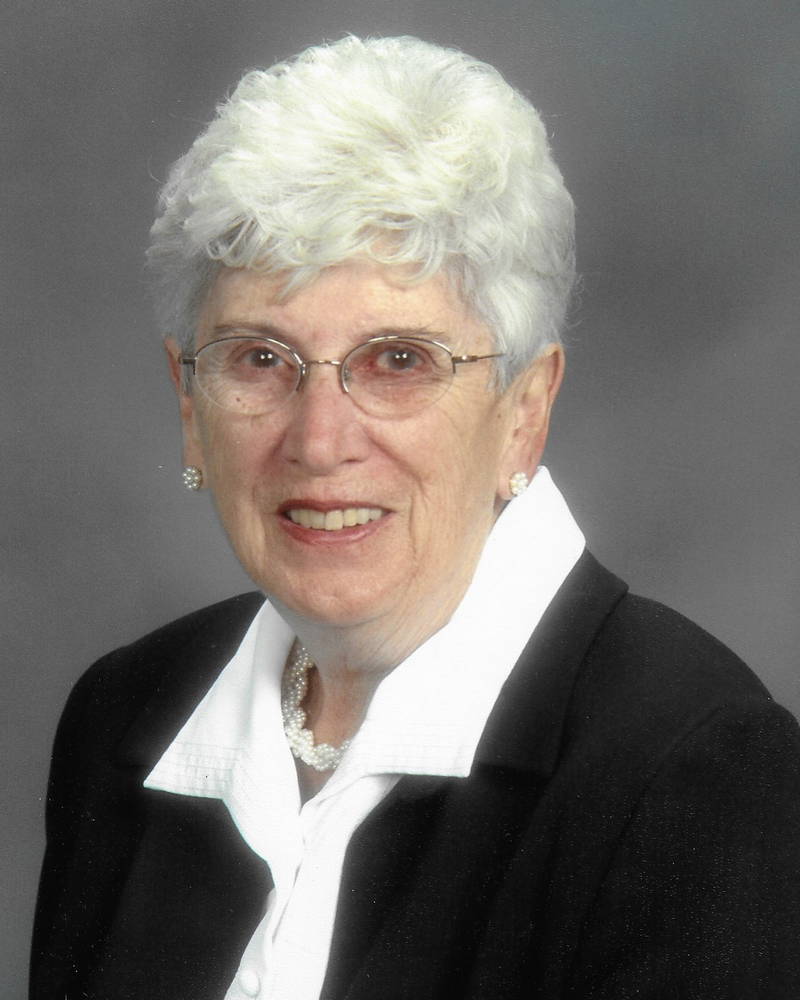 Anna Catherine Boyer, 12 days shy of her 95th birthday, peacefully left this earth on Thursday, June 4. Minutes before her death, a violent thunderstorm pelted The Village at Penn State, her home since 2007. The symbolism of the storm was not lost on those who knew her temperament best. Anna was born June 16, 1925 in Freeburg, Snyder County, Pa. Biological parents were Feador de Cram, an Austrian aristocrat from Vienna, and Mary McCubbins, Salisbury, N.C., a nursing student at Jefferson Hospital, Philadelphia. Within a month of her birth she was adopted by Francis and Hanna (Weller) Boyer, whom she was to recognize as her "mom and dad." Tragically, her "mom" died when she was 6 years old. She was moved in with Edna and John Kilinger, her aunt and uncle, who then raised her. She remembered having to "mind the cows" as her uncle was too poor to fix the fences. She walked the Greenville Road to the Red Bank one room school until she was old enough to enter Freeburg High School. Anna graduated from Freeburg High School in 1942. She was the captain of the girls' basketball team for two years. While in High School Anna met Edwin Boyer from Kreamer. Ed was delivering milk for Fisher's Dairy. Their first date to the McClure Bean Soup got off to a bumpy start. Ed drove his milk truck while Anna sat on a milk crate on the passenger side. Ed literally fell for Anna on that first date. He tripped over a cable stretched around the parking area of the fair grounds. She never let him forget it. Their marriage, before Ed shipped off to war, lasted 61 years. Anna was widowed in 2003. Anna is survived by her son Jerry E. Boyer, wife Paula, State College; and daughter, Kay Ann Hanks, husband Rick, Greensboro, Ga. She has 5 grandchildren (Jeremy, Christopher, Jerrel, Casey and Jessica) whose impressive achievements in business, medicine, science and creative arts were a source of tremendous pride. When the great grandchildren began to arrive (Kara, Jonah, Jaden, Noah, Charlotte, Christopher, Lincoln, Andres, Marlowe), she found great joy in following their educational and career development. When three great, great grandchildren were born (Emilynn, Eli and Evan), she felt blessed to have experienced an event denied to many. Anna retired from Federal Employment. She was a Procurement Traffic Officer for the US Air Force. She was a member of the Dominion, Virginia Republican Women's Club. Internment will be at the Quantico National Cemetery beside Edwin. The service will be at the convenience of the family. There will be no local services. Anna attended Grace Lutheran Church. She has requested that memorial contributions be directed to the Stephen Ministry at Grace Lutheran Church, State College, Pa. Arrangements are under the care of Koch Funeral Home, State College. Online condolences and signing of the guest book may be entered at www.kochfuneralhome.com.

Share Your Memory of
Anna
Upload Your Memory View All Memories
Be the first to upload a memory!