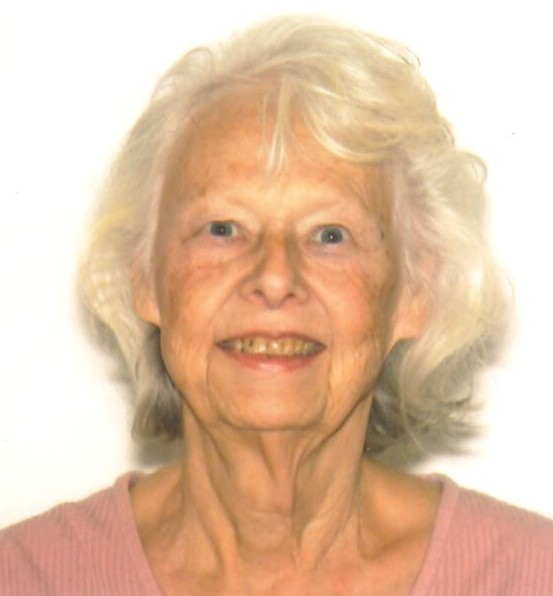 Obituary of Virginia B. Eisenstein

Virginia B. Eisenstein, (78), of Boalsburg, PA, died peacefully at home from complications of pancreatic cancer on August 6th, 2020. She was the daughter of Robert D Woodcock, Jr. and Beatrice B. Woodcock, and grew up in Rockville Centre, New York. Ginny, as she liked to be called, was a talented and brilliant person with many accomplishments. But in reflecting on her life, nothing stands out like her immense love for her family. She is survived by her husband, James, children Charles of West Kingston, Rhode Island, his wife Stella, Marguerite Taylor of Columbia, Maryland, her husband Brian, and John of Port Royal, Pennsylvania, two former daughters-in-law, Dana Eisenstein and Patsy Kuo Eisenstein and eight grandchildren. (James Sol Eisenstein, Matthew Eisenstein, Simon Eisenstein, Laura Eileen Taylor, Robert Taylor, Evelyn Eisenstein, Philip Eisenstein, and Charles Andreas Eisenstein. She was always thinking of others, sending birthday presents to everyone, even up until a couple of weeks before passing, planning our meals so we would have leftovers to take to family members at the farm for lunch. She played a significant role in the lives of all of her grandchildren. Her boundless love was the guiding force in her life. She met her husband Jim when she was 17 years old at the beginning of her freshman year. They married in 1963, and would have been married 57 years on September 6. She was preceded in death by her brother, Robert Dudley Woodcock III of Connecticut, and a grandson, William Nathan Eisenstein. She graduated from Oberlin College with honors in 1963, and Yale Law School in 1967, where she was one of only seven women in a class of 160. While in law school, she was a member of the Yale Law Journal (top 10% of class), and was the first woman elected to the Book and Gavel society. She was hired as a summer associate by the New York law firm of Paul, Weiss, Rifkind, Wharton, and Garrison. She practiced law briefly in Ann Arbor, Michigan, where she became the Vice-chairman for Organization of the Ann Arbor city Democratic party and ran the campaign of state representative (and later state senator) Perry Bullard. But she stopped practicing to devote herself to her young children, joking that she decided she would rather dip diapers than practice law. She moved with her husband and children to State College in late 1972, and was admitted to the bar of the Supreme Court of Pennsylvania and all Pennsylvania courts in 1975. She was the second woman ever admitted to the Centre County Bar Association. In 1979, she formed the partnership of Eisenstein & Bower with Jeffrey M. Bower, Esq. She was appointed solicitor for the Centre County Airport Authority, represented the Centre Daily Times and Daily Collegian for many years, was the attorney for the American Philatelic Society, and had a general civil law practice representing divorce clients, restaurants, other small businesses, and individual clients. She also taught health law in the Penn State College of Health Planning and Administration as an adjunct professor for a semester, media law in the College of Communications, and constitutional law in the Department of Political Science. Publications included "Regulation from the Viewpoint of a Small Sign Company", Proceedings of the Urban Signage Forum, 1976. In the 1970s, she served on the Centre County MH/MR Board and the local advisory board to the Pennsylvania Human Relations Commission, and was elected to the Democratic State Committee from Centre County in 1976. She was elected to the Centre Community Hospital Board of Trustees and served as its President from 1985-1989. She was elected President of the State College Chamber of Commerce, during which time the Chamber merged with the industrial community to form the CBICC. She was President of the Centre County Bar Association from 1992-1994. She also served as President of Altrusa International of Centre County, 1995-1997, the parliamentarian for District Two of Altrusa International, and President of the Centre Chamber Orchestra Board. She was presented the Amadeus award by the Pennsylvania Centre Orchestra. She served on the Board of the Renaissance Scholarship Fund and as its Treasurer, and on the Board of the Central Pennsylvania Festival of the Arts. She retired from the practice of law in 2013 and helped at her son John's organic vegetable farm including selling at the farmers' markets. She was an accomplished pianist and musician, having begun piano lessons at age 4, studied with Elsie Sikkerbol at the Oberlin Conservatory, had perfect pitch and could improvise at will. She enjoyed playing music (especially with her grandchildren) and reading history. She read extensively about early human evolution, pandemic disease, early Christianity, the Irish famine, and many other topics. Burial will be in Spring Creek Presbyterian cemetery at the convenience of the family. A memorial service will be held at a later date at the Friends Meeting House. In lieu of flowers, memorial contributions may be made to the Pennsylvania Chamber Orchestra, 119 S Fraser St # D, State College, PA 16801. Arrangements are by Koch Funeral Home.

Share Your Memory of
Virginia
Upload Your Memory View All Memories
Be the first to upload a memory!