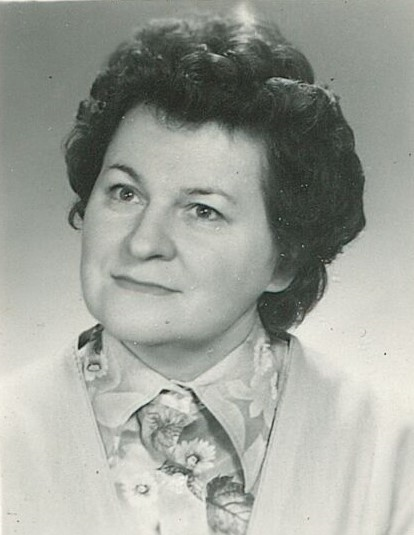 Michalina "Misia" Warchal, 89, of Port Matilda, died Tuesday, December 1, 2020 at Centre Crest, Bellefonte. Born August 23, 1931 in Sleszowice, Poland, she was the daughter of the late Michal Plywacz and Elzbieta Gajda. As a young girl her family was forced to vacate their home during World War II and move to Eastern Poland. They endured the hardships of war and were able to return to their homestead at the conclusion of the war in 1945. She was married to Joseph Warchal, who preceded her in death. She was the beloved mother of three daughters, Barbara "Basia" Costa and her husband, Robert A., of Port Matilda and their two sons, Christopher and Jason; Anna Bieniek and her husband, Walter, of Windsor, Canada and their two daughters, Marta and Barbara, and their grandson, Grayson; Eve Stefanko and her husband, Leonard, of State College and their two sons, Benjamin and Scott. In addition to her parents and husband, she was preceded in death by three sisters. Michalina worked for the Polish National Bank in Wadowice, Poland for 37 years. Beginning as a bookkeeper and eventually was promoted to the position of Bank Branch Manager. She retired in 1988 and joined her family in State College at that time. She cherished being able to live with her two daughters and their families in America. A devout catholic, she was a member of Our Lady of Victory Catholic Church. Her two proudest moments were becoming a U.S. Citizen and being able to have a private audience with Pope John Paul II who hailed from the same hometown of Wadowice. Visitation will be from 4 until 6 p.m., on Sunday, December 6, 2020 at Koch Funeral Home, 2401 S. Atherton Street, State College. Funeral Mass will be at 10:30 a.m., on Monday, December 7, 2020 at Our Lady of Victory Catholic Church, 820 Westerly Parkway, State College, with Father Dadey, officiating. The family would like to thank the nursing staff at Centre Crest for their care and dedication to Michalina. In lieu of flowers memorial contributions may be made to Centre Crest, 502 E Howard St, Bellefonte, PA 16823. Arrangements are under the care of Koch Funeral Home, State College. Online condolences and signing of the guest book may be entered at www.kochfuneralhome.com.

Share Your Memory of
Michalina
Upload Your Memory View All Memories
Be the first to upload a memory!