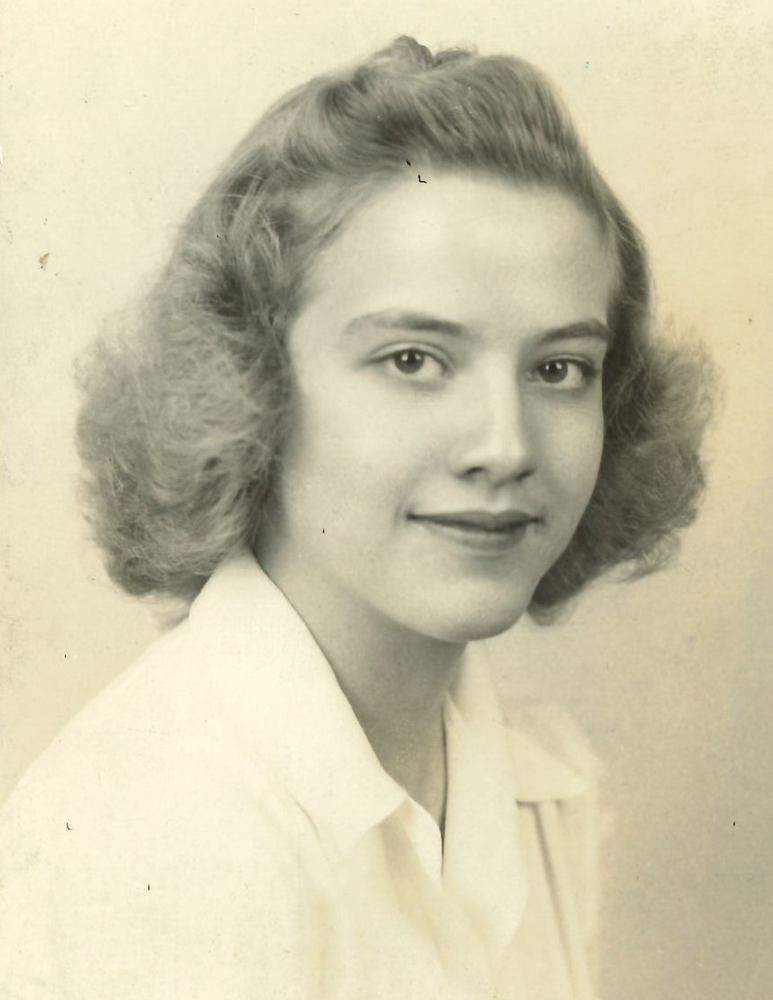 Born in Huntingdon, PA November 21, 1926, passed away on December 29, 2020. Sally moved to State College at 2 and grew up in a home on Miles St., now Locust Ln., that also served as a rooming house for Penn State "co-eds". She fondly remembered many of the girls that lived there, the alcove that her Mother lovingly made up as her bedroom and the fraternity brothers that serenaded her while she was quarantined with scarlet fever. Sally met her future husband, Mike in Mrs. Boyd's first grade class and were married in June of 1948. They were together for 54 years. They shared a love of travel, Penn State football and their annual summer vacations to Wah Wash Kesh lake in Canada. Sally was a State High cheerleader and a member of the girls' basketball team. She enrolled early at Penn State her senior year to take advantage of a scholarship program, even though Penn State tuition was only $1.00 per credit. Even so, she attended her High School graduation which, as she was fond of telling people, was held on D-day in 1944. Sally remembered the birthdays and anniversaries of all those that she cared about most with lovingly chosen cards every year. She was part of several Bridge groups, worked at her local polling place every election, volunteered at a school for children with special needs and the local hospital, looked forward to her monthly get together and yearly trips with her Stitch and Bitch group and enjoyed her water aerobics and the friends she met through it. Sally was not a great cook or housekeeper, but she loved unconditionally and without judgement. Stoic and strong, she made the most of everyday, even if it was just watching Hallmark movies, Days of our Lives, Jeopardy, Wheel of Fortune or playing a game of solitaire and doing crosswords with a pen. She will be so very missed by all those she has left and welcomed with much love by all those that have gone before her.

A graveside service will be held Saturday, January 2nd for family and invited guests. A celebration of Sally's life will be held at a future date.

Donations to LifeLink may be made in her name by visiting https://www.centrelifelink.com/donations/make-a-donation-online. They were so very kind and took good care of her this past year.

Share Your Memory of
Sara
Upload Your Memory View All Memories
Be the first to upload a memory!