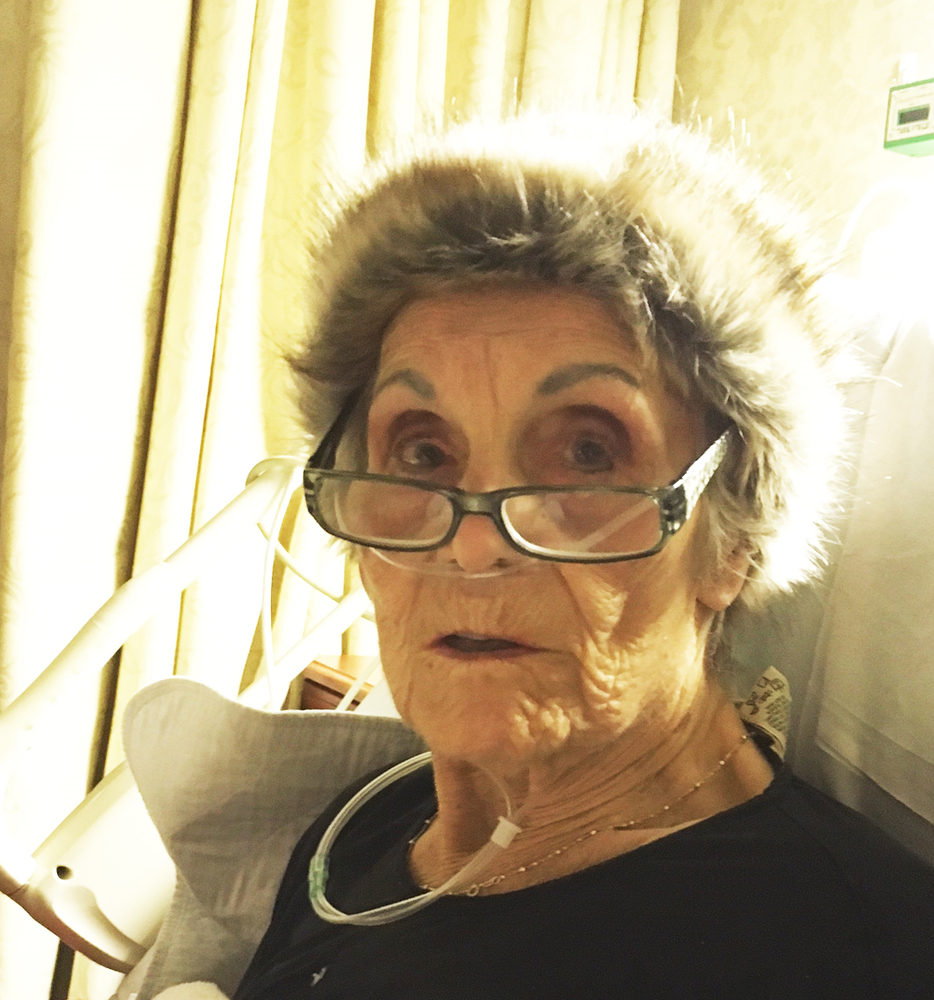 Sophia Flaga Pennypacker left this world after nearly 105 interesting years on May 6 at Juniper Village in State College PA. Sophia was born in 1916—just before the last national pandemic—in Phoenixville, Pennsylvania to Olga and Nicholas Flaga, who emigrated from Ukraine and found a sizeable Ukrainian community in that steel mill town. Sophia—or "So" as she was christened by her high school chums—was the oldest of four children; her siblings Mary, Peter, and Olga preceded her in death. Her upbringing in a working-class immigrant family and community before and during the Great Depression had a huge impact on So's perspective.

So married Howard Stevenson "Bud" Pennypacker in 1940. Together they were members of "The Great Generation," who faced World War II on the heels of the Great Depression. Interestingly, So remembered the "war period' of her life fondly because she and her two young children, Sonja and Steve, moved to Miami Beach, Florida, where Bud was stationed as a naval officer, enjoying the good life for the duration of the great war.

After the war, they returned to Phoenixville where Bud took over his father's floral business, Pennypacker and Son Florists. So, a graduate of West Chester Teacher's College, taught briefly at Kimberton Farms School, a Waldorf School attended by all her children. She soon joined the family business, becoming expert particularly in the painstaking art of corsage design. After approximately 30 years as florists—and the surprise arrival of a third child, Mary Elizabeth (known as Eliza)—So and Bud retired to a country club community, Glen Hardie, in Valley Forge. Their delight in golfing and traveling while at Glen Hardie was dealt a blow when their apartment was completely destroyed in a fire on New Year's Eve 1979. They fled their grief and the Pennsylvania winter for Florida and didn't return. After Bud's passing in 1985, So enjoyed many years of world travel, bridge, and dear friendships in Oldsmar, then in St. Petersburg, Florida. Happy to master new things from Wii bowling to digital solitaire, she courageously had double knee surgery in her 70's when her joints prevented her climb of the pyramids of Chichen Itza. And, at least once a year well into her 90's, So drove solo from Florida to Pennsylvania to visit her family. In 2016, when she turned 100, she moved to State College, Pennsylvania, to be near her only living child, Eliza Pennypacker. So is also survived by four grandchildren: Eliza's daughter Molly Oberholtzer; Sonja's sons Edmond and Jason Meinfelder; and Steve's son Matthew Pennypacker. Steve’s son, Thaddeus, passed in 2015.

So will be remembered by those who loved her for her leonine presence, strong opinions, her wit, and her 100% commitment to every undertaking. Ever the determined one, So outlived most of her immediate family and her peers; we're happy to think that she's reconnecting with them now, throwing bridge parties and lavish dinners in the next iteration of her adventure. A private celebration of So's life will be held for family members. Friends who wish to honor So's life may do so by raising a glass of your favorite beverage and offering Old So a toast!

Share Your Memory of
Sophia
Upload Your Memory View All Memories
Be the first to upload a memory!