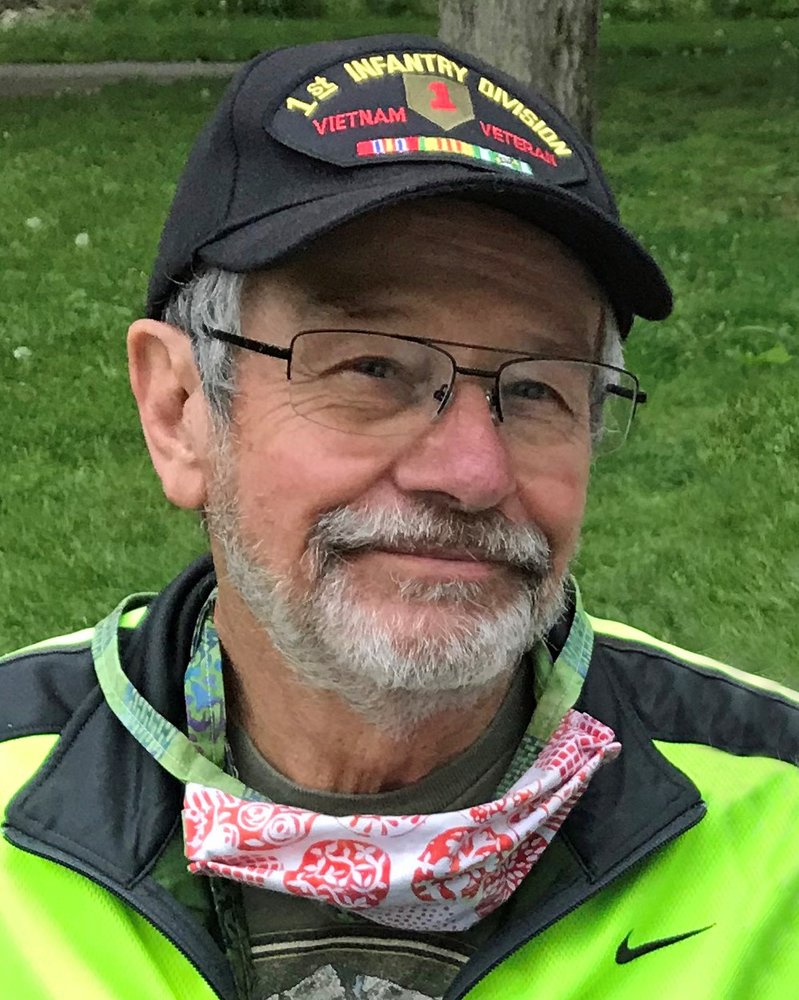 John Raymond Fiegel, 76, of Boalsburg, died on Tuesday, May 11, 2021 from Glioblastoma Multiforme. He died peacefully at home, surrounded by his wife and two daughters. Throughout his illness, his positive spirit and humor provided comfort and strength to his family.

He is survived by his wife and two daughters, Deanna Bevan and her husband Charles of Falmouth, ME, and Kate Fiegel and her wife Jenny Frank of State College; three grandchildren, Charles and John Bevan and Bodhi Fiegel, and a sister, Susan Smith Wolf and her husband Michael of Sanborn, NY.

John served in the United States Army from 1966 to 1968. He served in Vietnam in the 1st Infantry Division, 28th Infantry Regiment, and was awarded two bronze stars with valor device, as well as the Vietnam Gallantry Cross with bronze star for heroic actions against an armed enemy force. He received an AS from SUNY Alfred and a BS from the Rochester Institute of Technology. He worked as an Electrical Engineer for IBM and retired in 2003.

He was an avid cyclist and loved being outdoors, especially in Vermont, where he enjoyed camping, maple sugaring, snowshoeing, cross-country skiing, hiking, and kayaking. John loved taking care of his three grandsons who affectionately call him Papa. His favorite pastimes were reading to his grandsons and kite flying or working on crossword and Sudoku puzzles. He enjoyed volunteering at the VA, Historic Columbia, and as an Honor Flight Guardian.

John was a member of St. John United Church of Christ in Boalsburg. He was also a member of the Harris Township Lions Club and the Bellefonte Community Band where he played the euphonium.

A family graveside service will take place at the Boalsburg Cemetery on Saturday, May 15, 2021 at 11 AM with Pastor Richard Harter officiating. The service will be livestreamed for friends near and far. Please visit John's obituary page at www.kochfuneralhome.com and click on the "view service" button on his page to watch the service.

The family wishes to extend special thanks to his church family, VA Home Based Primary Care, Family Hospice of UPMC, and Home Instead. The family is grateful for the guidance they received from Jackie Naginey Hook, John's end-of-life doula.

To send flowers to the family or plant a tree in memory of John Fiegel, please visit Tribute Store
Saturday
15
May