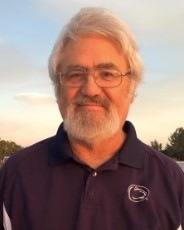 Harry Mario Zimbler, Jr., 70, passed away on June 24, 2021, at home in Pine Grove Mills, PA after a swift and shocking battle with cancer. Harry is survived by his wife of 49 wonderful years, Heidi Zimbler. He was the proud father of daughter Jessica Zimbler Riescher and her husband Stephen, of Highlands Ranch, CO and son Zachary Ashton Zimbler and fiancé Ashley Robinson, of Denver, CO.

Harry is the oldest of seven siblings, Grace Kronicz and her husband James Kronicz of Burlington, KY; Virginia Gretarsson and her husband Yngvi Gretarsson of Canton, OH; Jack Zimbler and his wife Carol Zimbler of Floral Park, NY; Margaret Stolz of Union, KY; James Zimbler and his wife Susan Zimbler of Long Island, NY; and Christopher Zimbler of Long Island, NY. Harry is uncle to 17 nieces and nephews and he was the best Opa in the world to Zoey and Kira Riescher of Highlands Ranch, CO.

Born in Queens, NY on January 3, 1951, Harry attended Commack High School on Long Island, NY from 1964 to 1968. Influenced by his father's and aunt's love and talent for music, and after starring in his High School production of "South Pacific," (a role he reprised in Graduate school) Harry dedicated his life to the art of theater and creative writing.

Harry received his BA in Humanities/Philosophy from the New College of Hofstra University on Long Island, NY in 1974. It was here that he met his wife Heidi Stechele through a mutual friend, and after three weeks of dating, proposed in the back of a car while traveling over the Tappan Zee Bridge in New York City. He simply couldn't imagine a life without her. He knew. They were married on June 24, 1972.

In the Fall of 1974, Harry and Heidi moved to State College, PA "temporarily" so he could attend graduate school at Penn State. While attending graduate school, he received an award for his play "Gone By Morning," which was then produced in Lubbock, Texas. He received his Masters of Fine Arts in theater and film from Penn State in 1983. In 1984 his Masters thesis play, "A Quiet Country People," won the prestigious David Library Award for American Freedom.

During that time, Jessica was born, roots were put down and State College became home. A city boy at heart, Harry had to adjust to the country life of Central Pennsylvania. Despite yearning for New York, his love for the area came through in his commitment to the local community.

His professional career began in 1979 as a copywriter for WPSX-TV Penn State Television. In 1983 he was promoted to the Head of Programming and Promotion. But most notably, it was his acting skills that shone through in his on air sales pitches for PBS telethons that made him a State College household name and face. Harry could not go anywhere in town without being recognized.

In 1987, in collaboration with Simon and Schuster and WPSX, Harry was named head writer for the television series "On Your Own," instructional programs for adults working towards their GED.

By 1989 he moved to the Penn State Department of Theater and Pennsylvania Centre Stage, serving as General Manager. In 1991 he established his own Creative Consulting firm, HMZ Creative and worked as a freelance video producer, writer, business journalist as well as serving as Executive Editor for the Pennsylvania Business Central. Much of his work appeared in State College Magazine, Center Daily Times, Centre County Gazette and the Bedford Gazette on behalf of the BCDA. One of his favorite interview subjects was the late Joe Paterno.

Harry was known for his 20 years as a local theatre critic for the Center Daily Times. He also served his community as a Girl Scout Leader as well as a member of the Hemlock Girl Scout Council Board, a Cub Scout Den Leader in Juniata Valley Council, a State College Little League Coach, and a member of the State College Downtown Rotary Club working with the Youth Exchange Program bringing students from around the world to State College. At the time of his death he was serving as second Vice President.

In 2017 Harry received a kidney transplant at Hershey Medical Center. This gift of life was provided by his nephew, Dusty Caso of State College, PA. His new kidney provided four more years of time with his family and friends and it was a gift he and his family are eternally grateful for.

In addition to his professional career, Harry was a jokester who loved to make people laugh. He was a man of MANY words, both written and spoken. He kept many journals, wrote long and meaningful letters, finished several stage plays, invented and sang songs on a dime about EVERYTHING, and was always willing to talk and listen to people. He made a career out of telling people's stories and every story mattered, no matter how small. Harry loved a good debate and a hot cup of coffee. And chocolate. He loved to travel, check things off his "list," and get the pin to prove it. Some of the best times of his life were spent on Sanibel Island, FL with his family and lifelong friends, Barbara and James Yonai, of Syracuse, NY. One of his favorite travel destinations was Bavaria, Germany to visit the homeland of his wife.

He is deeply loved, gone too soon and will be missed by all who knew him.

To send flowers to the family or plant a tree in memory of Harry Zimbler, Jr., please visit Tribute Store
Saturday
24
July

Share Your Memory of
Harry
Upload Your Memory View All Memories
Be the first to upload a memory!
Share A Memory
Send Flowers