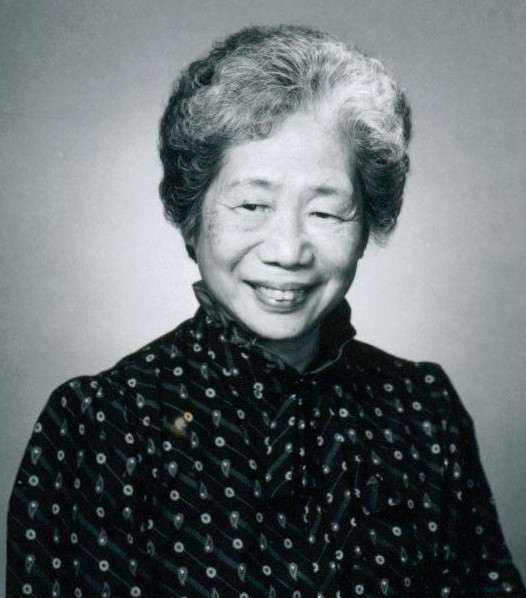 Born July 24, 1921, in Beijing, China, she was the daughter of the late Hongjun and Hengzhe "Sophia" Chen Ren. She was the eldest of three siblings; her brother E-an Zen and sister E-su Zen preceded her in death. Her parents both attended college in the United States, so E-tu had a western-style, English-language education in addition to training in a classical Chinese humanist tradition. With the Japanese occupation of Beijing in World War II she moved to Kunming, where she attended the National Southwest Associated University. Because classes were frequently interrupted by air raids, her parents decided that she should continue her education at Vassar College, her mother's alma mater. E-tu crossed the Pacific Ocean in July 1941, arriving in San Francisco just four months before the attack on Pearl Harbor. She spent a wonderful three years at Vassar, graduating in April 1944.

E-tu received her MA and PhD in Chinese history at Radcliffe College (Harvard University) in Cambridge, Massachusetts. It was there that she met her husband, Shiou-chuan Sun, who was a doctoral student at the Massachusetts Institute for Technology. They married in 1949; Shiou-chuan preceded her in death in 1981. After Radcliffe, E-tu taught at Goucher College and was a postdoctoral fellow at the Page School for International Relations at the Johns Hopkins University before joining Shiou-Chuan at the Pennsylvania State University in 1952. After holding research appointments at Harvard, Radcliffe, and Penn State, she became a full-time faculty member in the Penn State History Department in 1966. E-tu went on to become the department's first female full professor.

At Penn State, E-tu introduced generations of students to the study of Chinese and East Asian history. She was instrumental in establishing the East Asian Studies Program, serving as its first director from 1970-77. Her scholarship on late imperial China helped lay the foundations for the contemporary study of Chinese history and resulted in her holding leadership positions in professional organizations in her field.

E-tu was also highly engaged with the larger Penn State and State College communities. She championed women's equality in higher education and was a proud member of the American Association of University Women (AAUW), serving a term as the president of the State College chapter. E-tu became an avid football fan during the Joe Paterno era, and for many autumns, following the Nittany Lions was a Saturday afternoon ritual. In a different vein, for many years she was a regular at the Penn State Performing Arts series. Finally, her sons honor her hours of unsung service in supporting their Boy Scout, sporting, musical, theatrical, and academic endeavors.

After retiring from Penn State in 1988, E-tu enjoyed traveling (she "collected" rivers, and took particular delight in voyaging on rivers as far-flung as the Rhine and the Columbia), socializing with retired history colleagues and friends in the Chinese community, and befriending the birds, rabbits, chipmunks, squirrels, and occasional groundhog in her backyard. Fiercely independent, she remained in the same home in College Heights where she had lived for over 60 years, with the assistance of good friends and neighbors, until just before her death.

E-tu is survived by two children, Albert Sun of Reston, VA, and Raymond Sun and his wife Birgit of Albion, WA; and one granddaughter, Rachel M.

A private burial will be held in Spring Creek Presbyterian Cemetery. A memorial service will be held later this fall.

Memorial contributions can be made online to the Penn State Department of History. Contributions will support an annual outstanding teaching assistants award in Dr. Sun's name. Alternatively, memorial gifts can be made to the Nature Conservancy, which preserves natural habitat from development, at https://www.nature.org/en-us/membership-and-giving/donate-to-our-mission/other-ways-to-give/

To send flowers to the family or plant a tree in memory of Etu Sun, please visit Tribute Store

Share Your Memory of
Etu
Upload Your Memory View All Memories
Be the first to upload a memory!
Share A Memory
Send Flowers
Plant a Tree