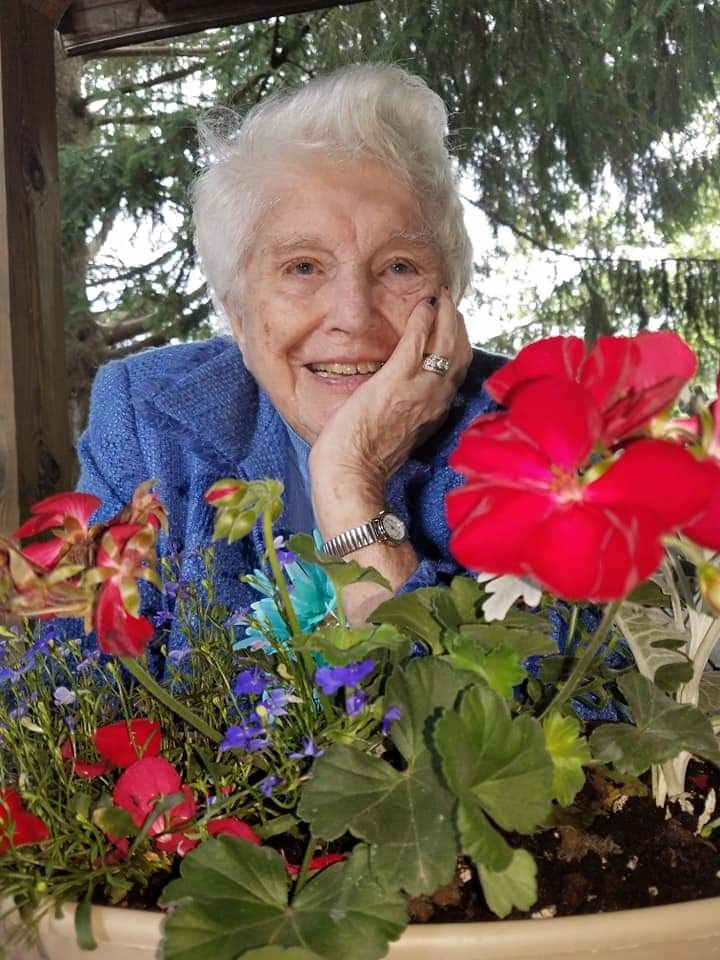 In Springville, PA, Angeline graduated from Springville High school in 1940. She attended Ridley Secretarial School, Binghamton, Broome Co., N.Y. 1941, and was employed by the Domestic Finance Corporation and the Binghamton Boy's Club in Binghamton, NY. In 1961 she received a BS in Home Economics Education Penn State University and in 1977, she received a MS in Recreation and Parks and Outdoor Leadership at Penn State University.

In State College she was a Girl Scout troop leader for many different age groups in the 50's and 60's. In 1957 she attended Edith Macy for the Juliette Low International Friendship Conference. In 1958 she was a Juliette Low Observer in Great Britain. In the 60's she was a counselor for All-State National Girl Scout Encampments for 8 years. In 1963 she did professional work in Girl Scouting as the Executive Director in State College. 1964-1974 she as was a Field Director, Adult Education Director and Personnel Services Director in the Hemlock Girl Scout Council. She taught an Outdoor Education course at Penn State. She attended St. Paul's United Methodist church and was a women's circle leader. She was St Paul's Woman of the year in 1996. She worked with the American Camping Association, and the Genealogical Society. She had a love for family, friends, Girl Scouting, photography, gardening, genealogy and travel.

She is survived by her children, Jacqueline Coble, of Dubois, PA, and Suzanne Park and her husband, Thomas Park, of Tyrone, PA. She is also survived by her grandchildren and great grandchildren. She was preceded in death by her husband, Kenneth Hunter, daughter Barbara Bradley Woodfill, sister Shirley Elaine Beard Fairchild, son in law Gary Coble.

A Memorial Service will be held on Tuesday, July 27, 2021 at 11 AM at St. Paul's United Methodist Church of State College by Rev. Becky McGee.

Share Your Memory of
Angeline
Upload Your Memory View All Memories
Be the first to upload a memory!