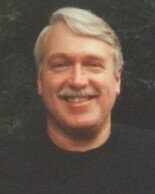 Get Directions
Saturday
14
May

David is survived by his son Lee Danz of Port Matilda, PA; his son Benjamin Danz and daughter in law, Meghan Lane of Conshohocken, PA; grandchildren (his pride and joy), Elizabeth and Henry Danz and their mother Vilma Shu of Boalsburg, PA; and sister Carol Danz of Lutherville, MD. He was preceded in death by his former wife Jane Danz, who, until her last days, remained his friend and confidant in life.

David graduated from Towson High School in 1966. He held many positions over the course of his career at Penn State University and was a member of Teamsters Union, but did not consider work as a defining attribute of his life. People were.

Since childhood, David loved to be in nature enjoying long hikes in the woods and camping. He often spoke of his youth in Maryland and the fond memory of feasting on countless bushels of crabs with his parents. As an adult, he brought his love of seafood and his family recipes to State College. Whenever he was able to find fresh crabs and seafood locally, the whole neighborhood knew they could expect an invite to his home to share these delights.

David (known to friends as Dave) passed on his love of the great outdoors to his two sons and grandchildren. Dave was proud of his immense vegetable garden. Every season he grew varietals of vegetables to share with his friends, family, and the whole neighborhood (including his mailman). In adoration of his grandchildren, Dave planted raspberry and blueberry bushes in the backyard to entice the children to come over and pick them. Nature and the backyard at Dave's house was the center of his family life. His sons fondly recall many hours spent with their Dad in the woods and forests, and summer evenings together enjoying vegetables picked straight from the garden to share with friends. This was the quintessential representation of the life Dave desired and accomplished to build for himself. Enjoying friends, enjoying nature, and enjoying life.

Visitation will be 10 a.m. until 12 p.m., Saturday, May 14, 2022 at Koch Funeral Home, 2401 S. Atherton St., State College to be immediately followed by a celebration of David's life. Friends and family are encouraged to prepare a brief story, quote or verse to share in honor of his memory. David lavished in the best of life's simple pleasures with joy and without pretension. In this spirit, a private reception for friends and family will be held at Champs Bar and Grill, 1611 N. Atherton Street, State College.

Arrangements are under the care of Koch Funeral Home, State College. Online condolences may be entered at www.kochfuneralhome.com or by visiting Facebook.

As an avid outdoorsman, David loved and respected the natural world and the animals that inhabit it. Should friends and family wish to make a donation in lieu of flowers, they may donate to Paws Center County or Clear Water Conservatory, both are organizations Dave actively participated in during his life.

"To laugh often and much; to win the respect of the intelligent people and the affection of children; to earn the appreciation of honest critics and endure the betrayal of false friends; to appreciate beauty; to find the beauty in others; to leave the world a bit better whether by a healthy child, a garden patch, or a redeemed social condition; to know that one life has breathed easier because you lived here. This is to have succeeded."

Share Your Memory of
David
Upload Your Memory View All Memories
Be the first to upload a memory!
Share A Memory