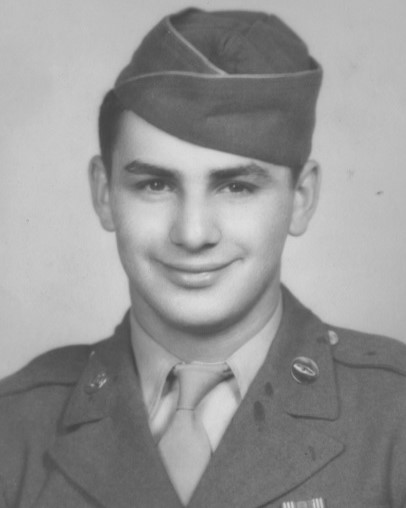 Fred was born March 6, 1925 in Harrisburg, PA. He is predeceased by his parents: Harry and Sarah (Wolf) Abramson and five of his siblings, Ike, Jean and Charles Abramson, Freda Caplan and Beatrice Seidner.

He is survived by his sister, Rose (Peany) Sherman of Lewistown, PA as well as many nephews and nieces.

He was in the Normandy invasion after "D" day. Later after landing, his unit was attacked in the Battle of the Bulge. Later stationed in Europe, he saw some of the Jewish internment camps being liberated in Czechoslovakia.

After the war, Freddie became an owner of Abramson Auto Wrecking in State College and Lamar until he retired.

He was of the Jewish faith. He was a member of the VFW of Pleasant Gap, PA, the Nittany Lion Club, PARTS. He was an avid Penn State football fan and enjoyed hosting pre-game tailgates. He enjoyed attending auto races at the Port Royal Speedway.

Memorial Contributions may be directed to the charity of the donor's choice.

To send flowers to the family or plant a tree in memory of Fred Abramson, please visit Tribute Store
Tuesday
7
June

Share Your Memory of
Fred
Upload Your Memory View All Memories
Be the first to upload a memory!
Share A Memory
Send Flowers
Plant a Tree