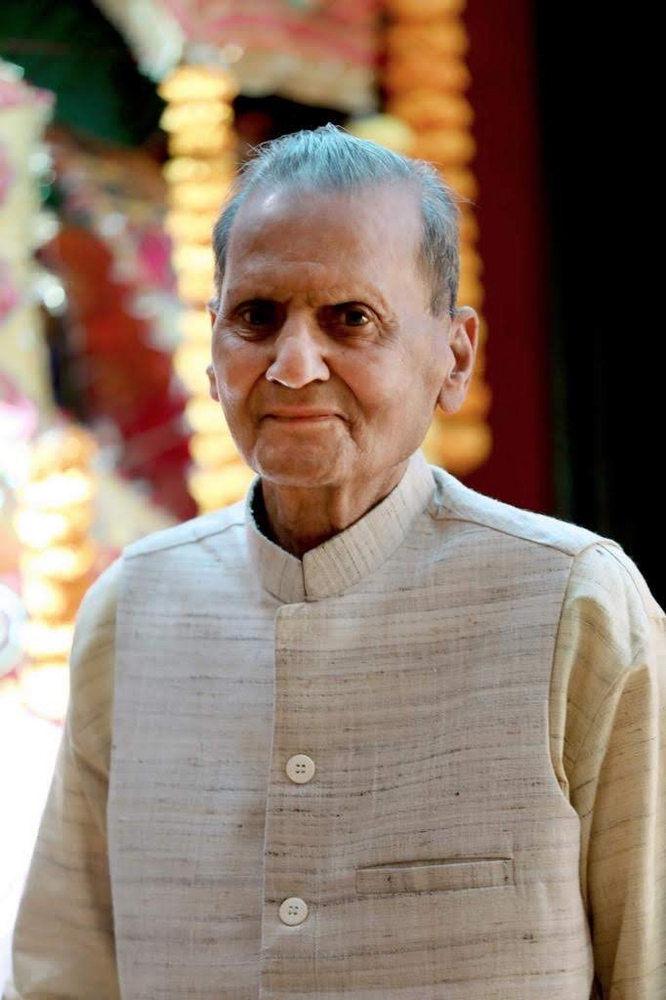 Born June 8, 1939 in Bhiwani, India, he was the son of the late Arjun Das and Ganga Devi Agrawalla. He married Priyambada Tayal Agarwal, on March 11, 1959, who survives at home. He was keenly aware of his good fortune when Priyambada, his college classmate and youngest daughter of a very highly educated and distinguished corporate executive from Calcutta, Sheetal Prasad Tayal, agreed to marry him. She was born and raised in Calcutta, trained for many years in Hindustani classical music during her youth, and had moved at the start of her college education.

He is survived by these immediate family members: son Vijay and his wife Neena of State College, PA and New York, NY, daughter Hemlata and her husband Suresh Agrawal of Patna, India, son-in-law Rajendra Agrawal of Kolkata, India, and daughter Manju and her husband Sanjay Jhunjhunwala of Patna, India. There are nine grandchildren: Sumit and his wife Archana of Patna, Suchita and her husband Himanshu of Kolkata, Vineeta and her husband Parag of California, Tanvi and her husband Yajur of California, Vivekanand and his wife Nayantara of Philadelphia, Saket of Patna, Rohit of New York, Neil Adit of Ithaca and Patna, and Vandana of State College and New York. There are seven great grandchildren, five girls and two boys, ranging in age from 12 years to three months: Simran, Aashvi, Darsh, Ansh, Maya, Nyra and Iksha. Both of his parents, all three of his brothers (Mahavirji, Vishwanathji, Loknathji) and both of his sisters (Savitriji and Ramdulariji), and his middle daughter Meenakshi preceded him in death.

He had turned 83 earlier this month. After recovering from a major surgery and later a stroke in the last twelve months, he was doing well with all support from his doctors and the community.  He had an accidental fall, with the back of his head hitting the pavement on the morning of June 16 in front of Robin Road residence while returning from a short morning walk with his wife, Priyambada, also 83, who being frail herself could not prevent the fatal fall. The resulting internal bleeding around his brain was such that no surgical intervention was possible. It is very important for the elderly to have supervision while on an outside walk to eliminate the risk of a fall.

Chetram was a 1958 graduate of Ranchi University. He retired in 2003 after a 40-year-long self-made career as a businessman with successful enterprises in: a pioneer in construction of large diameter telescopic deep water wells, manufacturing of RCC spun pipes, volume trading in sanitaryware and hardware, auctions, and export of custom manufactured goods from India to Europe and the US. He deeply believed in the idea of owning your own business and provided mentoring and other assistance to a large number of relatives and friends so that they could also attain their dreams.

He was deeply committed to charitable giving and philanthropy.  He started modestly at age 30 in 1968 by making available to the community 50 sets of stainless steel utensils for anyone to borrow for any function. Among other things over the years, he was one of the eight founding trustees of Agrasen Bhavan, the first Dharmashala in Hirapur, Dhanbad and a trustee of charitable hospital, Jeevan Rekha, in Dhanbad. In 1991, in his first visit to State College, he located an old church for sale at 119 S. Sparks Street, and tried hard to convince his son Vijay to buy it, at an affordable price with borrowed money in form of a mortgage, to donate it to the Indian community such that community as a whole could run it as an institution, located close to the University, to educate and meet the spiritual needs of students from India and the nextgen students from across the US and needs of residents of State College. It was counterintuitive for his son to think about buying real estate to donate before even having an own home. In retrospect, that would have been the right thing to do as the community would have been well served. Until about ten years ago, he had also selflessly undertaken as a duty the delicate task of bringing two families together for the purpose of making a matrimonial alliance possible between their two young adults. He was most proud of his daughter-in-law, Neena, even more so over the last 6 years for continuing the mission of charitable giving by allocating 10% of her time towards providing uncompensated medical care.

Memorial service followed by cremation will be held starting at 9:30 am on Sunday, June 19, 2022 at Koch Funeral Home, 2401 S. Atherton Street, State College with Panditji from HARI temple in Harrisburgh, PA or his son, Vijay, officiating.

In lieu of flowers, donations can be made to Department of Vascular Surgery, Geisinger Medical Center in Danville, Pennsylvania. The family is deeply grateful for all of the love, kindness, friendship and support received from community members, relatives and friends over decades in India and the US.

Share Your Memory of
Chetram
Upload Your Memory View All Memories
Be the first to upload a memory!
Share A Memory