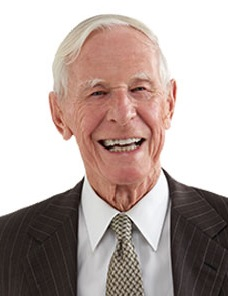 John W. Blasko sadly passed away on June 27, 2022 at the age of 86. The loving husband to Penny and kind father of six, John grew up in Philipsburg, PA. While playing a lawyer in the play "Night of January the 16th" by Ayn Rand John realized that the law would become his true vocation. He attended Dickinson School of Law and passed the Bar in 1963, moved to Centre County, PA and began practicing law at Love and Wilkinson law firm, now known as McQuaide Blasko. He became a member of the Board of Governors of the Pennsylvania Bar Association and was president of the Pennsylvania Defense Institute in 1986. He served as past chairman of the Pennsylvania Bar Association's Medical Legal Committee. He is a past member of the Lawyers Advisory Committee, Federal Middle District and past member of the Hearing Committee of the Pa. Disciplinary Board (1986-1992). He was also appointed mediator for the Middle District by the Chief Judge, Middle District. He was named Outstanding Defense Lawyer in 1994 by the Pennsylvania Defense Institute. John was an avid gardener and historian. He lived his life with optimism and dedication. We will greatly miss John and all of the contributions he has made to our community.

In lieu of flowers, donations can be made to Catholic Charities USA on his behalf.