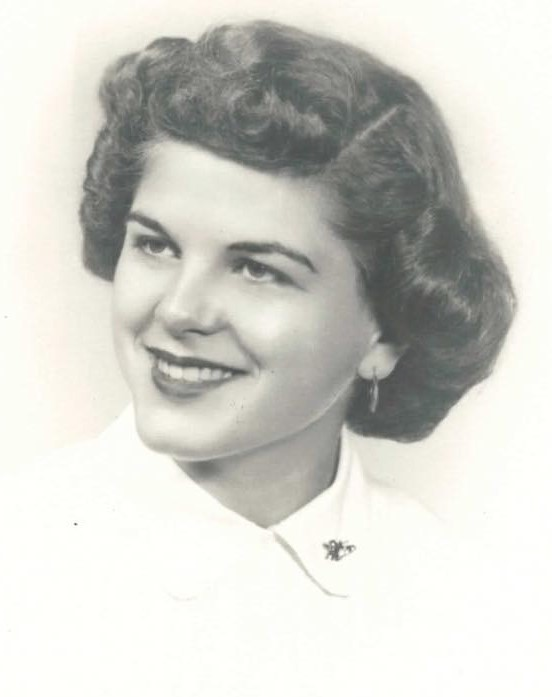 Rose Mary Agostinelli (Zona) passed away peacefully on Thursday, September 1, 2022 at the age of 87, after a long battle with Alzheimer's disease. She was the beloved wife of her high school sweetheart, Raymond Agostinelli, to whom she was married on April 12,1955.

She was born on September 26, 1934, in Ellwood City, PA and was the daughter of the late Lewis Zona and Josephine (Tortariello) Zona of Naples, Italy. She was the youngest of seven children, Charles, Mary, Carmela, George, Elizabeth and Joe, all of whom preceded her in death.

In 1958 she moved to State College with her husband to raise their family. She was employed at PSU in data processing as a key punch operator. She was also employed at HRB and served as Vice President of McLanahan's corporation.

Rose was a proud homemaker who enjoyed many activities, including gardening, cooking, golfing, traveling and spending time with family and friends. She loved entertaining and had a knack for putting on eventful tailgates and dinner parties. She was a fantastic cook and her favorite family tradition was making the most amazing Christmas Eve dinner and Christmas Day brunch. She enjoyed canning her famous peppers and baking Biscotti and Pizzelles. Rose will be remembered for being classy, conservative and eternally optimistic. She could always find goodness in everyone. She was the voice of kindness, reason and patience. She was known to have eyes in the back of her head often referred to as "Rose knows." Among her favorite clubs, Rose was an active member of the Stitch and Bitch Club, a group of women who met once a month to share stories, play games, plan parties or simply hash out their daily lives. She was a member of Centre Hills Country Club in State College and Stonebridge Country Club in Naples, Florida where she enjoyed playing in women's' golf leagues. She was a member of Our Lady of Victory Catholic Church and was a volunteer and co-chair for charities such as the American Cancer Society, Red Cross and the United way.

Memorial contributions can be made to Our lady of Victory Catholic Church, 820 Westerly Parkway, State College, PA 16801.

To send flowers to the family or plant a tree in memory of Rose Agostinelli (Zona), please visit Tribute Store
Tuesday
6
September

Share Your Memory of
Rose
Upload Your Memory View All Memories
Be the first to upload a memory!
Share A Memory
Send Flowers
Plant a Tree