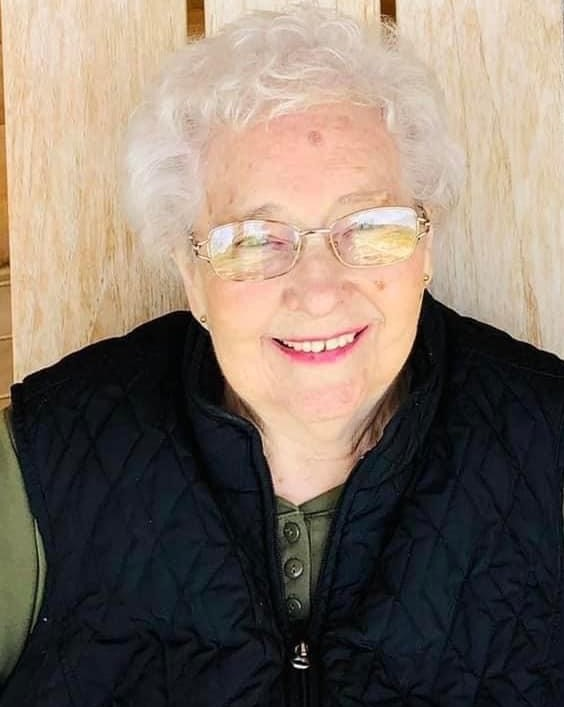 Frances Dorothy Jackson, 85, a resident of State College died Friday, December 9, 2022 at her residence. Born September 11, 1937 in Lock Haven, PA. She was the daughter of the late John M. and Ruth Sharp Rupert. On November 22, 1954, in Houserville she married Elmer B. Jackson, who preceded her in death on June 14, 1998. Frances is survived by one daughter, Pamela Faust and her husband Steven of Bellefonte, and was preceded in death by her son, Gary Jackson in 1989, and her favorite nephew, Jakie Jackson, in 1973.

Also surviving is her Aunt Kay Sprout and three sisters-in-law, Phyllis Jackson, Kay Shultz, Geraldine DePaulo. She was preceded in death by a sister, Diane Kitchen; and a brother, Barry Rupert.

Frances was a 1955 graduate of State College High School and was employed for 20 years as a manager at Danks Department Store in downtown State College. She retired after over 20 years of service at CATA as a customer service representative.

She was a member of the American Legion Post # 245 of State College. She enjoyed spending time with her family and especially her great grandchildren, as well as her Mount Nittany Residence friends. Frances enjoyed baking pies and cookies, spending time with her high school classmates and watching Penn State football games.

Friends will be received at the Koch Funeral Home on Wednesday, December 14, 2022 from 12 noon till 1:00 pm. A funeral service will follow at 1:00 pm in the funeral home. Pastor Jody Reese of Nittany Baptist Church will be officiating the funeral and graveside services. Burial will be at Centre County Memorial Park.

Memorial contributions may be made to Centre Region Parks and Rec, 2040 Sandy Ridge Dr., Ste. A, State College PA 16803. Please note "For use at Active Adult Senior Center".

To send flowers to the family or plant a tree in memory of Frances Jackson, please visit Tribute Store
Wednesday
14
December

Share Your Memory of
Frances
Upload Your Memory View All Memories
Be the first to upload a memory!
Share A Memory
Send Flowers
Plant a Tree