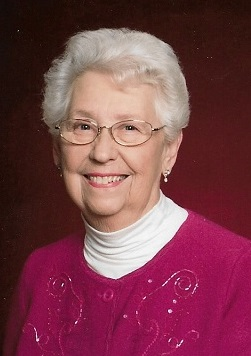 Doris Hamil Bailey peacefully passed away at The Oaks at Pleasant Gap, PA on December 25, 2022. Doris was born August 22, 1929 in Knobsville, PA to the late John C. (Jake) and Leota (Divens) Hamil. She lived her childhood in McConnellsburg, PA graduating from McConnellsburg High School where she was a member of the cheerleader squad and was on the girl's basketball team. She graduated from Thompson Business College in Harrisburg, PA with a degree as a Medical Assistant/Secretary. On August 26, 1950, she married the late Donald E. Bailey at McConnellsburg Lutheran Church.

After working for a urologist in Harrisburg, Doris and her husband moved to Spokane, WA, and then Cupertino, CA. Missing their families, they moved back east and settled in State College, PA in 1987. Doris was an active member of Grace Lutheran Church serving on many committees including the Norma Circle and as President of the Women of Grace. She served as President of the HRB-Singer Women's Group, and was a member of Alpha Iota Sorority, Eastern Star, Town & Gown Ballroom and Centre Squares dance groups. Her favorite joys were her family, friends, church, volunteering, sewing, dancing, traveling, camping, shopping, and watching Penn State football.

Doris was a devoted sister, wife, mother, and grandmother. She worked in many medical offices including as office manager for the orthopedic group of Sevick, Roberts & Yoder. Volunteering at the Centre Volunteers in Medicine the first year of their existence and in The Oaks of Pleasant Gap store filled her time after retirement. Doris has been living the last four years at The Oaks.

Share Your Memory of
Doris
Upload Your Memory View All Memories
Be the first to upload a memory!
Share A Memory