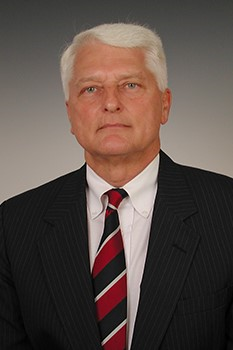 Father to Marianne B. Stevens (State College, PA), Leigh (Christopher L.) Moul (Dover, PA) and Jill (Nick) Davidson (Portland, OR), who survive and the most amazing and dynamic "Poppa" that four grandchildren could ever have; Harry Stevens Ross, Todd Spencer Ross, Hayden Stevens Moul and Bailey Frances Moul. He will be eternally missed.

Jack Stevens was Emeritus Professor of Management and Organization, retiring as Associate Dean for Undergraduate Programs, and Director of Outreach in the Smeal College of Business ending a 33 year career at The Pennsylvania State University in 2009. He was recognized by the Academy of Management Journal as one of the ten most cited authors in the past forty years of the journal in 1997. Jack was particularly proud of his work with the Board of Visitors to establish a student initiated Smeal College Honor Code.

Jack was a member of the State College Elks Club, BPOE 1600 and served on the Harris Township Zoning Hearing Board for many years.

The funeral service will be held at 11:00 am on Saturday, January 21, 2023 at Koch Funeral Home, 2401 South Atherton Street, State College, PA, Jackie Hook officiating. Final interment will be in Arlington National Cemetery with full military honors, date and time to be determined.