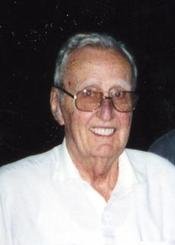 Dr. Adam Anthony, 88, of State College, passed away Sunday, April 29, 2012, at the Valley View Retirement Community. Born on October 19, 1923, in Buffalo, NY, he was the son of the late John and Rozalia (Piechowicz) Chmielowski. He received an honorable discharge from the United States Army after serving as surgical technician during World War II. He received his B.A. in Zoology from University of Buffalo (1943); his M.S. in Zoology-Endocrinology from Marquette University (1948) and his Ph.D. in Zoology-Physiology from the University of Chicago (1952). Adam was faculty emeritus of biology at the Pennsylvania State University from 1952-2002. During his time at Penn State, Adam had over 140 scholarly publications and directed the work of 55 PhD candidates and approximately 80 M.S. candidates. He married Barbara Oakes in 1949. They divorced in 1986. In addition to his ex-wife, he is survived by one daughter, Heather Anthony of Boulder, CO; one son, Brian Anthony (Christine), of Lititz, PA; one brother, John Chmielowski of Glenwood, NY; and one sister, Rose Mary Haas of Midlothian, VA. Also surviving are 2 grandchildren, Adam and Sarah Anthony, and numerous nieces and nephews. He was preceded in death by one brother, Steve Miel. A visitation will be held at Kochs Funeral Home, 2401 South Atherton Street, from 6-8 pm on Tuesday, May 1, 2012. A memorial service will be held at 11 a.m. Wednesday, May 2, 2012, at Pasquerilla Spiritual Center / Worship Hall on the campus of Penn State University. In lieu of flowers, please consider a donation to the Cystic Fibrosis Foundation at www.cff.org/great_strides/LaurenFinkelstein. Online condolences may be made at www.kochfuneralhome.com.
To send flowers to the family or plant a tree in memory of Adam Anthony, please visit Tribute Store

A Memorial Tree was planted for Adam
We are deeply sorry for your loss ~ the staff at Koch Funeral Home
Join in honoring their life - plant a memorial tree
Services for Adam Anthony
There are no events scheduled. You can still show your support by sending flowers directly to the family, or planting a memorial tree in memory of Adam Anthony.
Visit the Tribute Store
Print
Share A Memory
Send Flowers
Plant a Tree