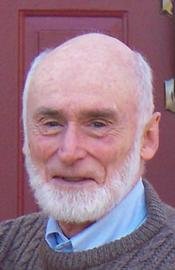 Announcing the memorial service In honor of Robert Seibel 2:00 to 4:00 PM, Saturday, October 20, 2012 Foxdale Village auditorium, 500 E. Marylyn Avenue, State College, PA Robert Seibel, 84, of State College, PA passed away August 30, 2012. Bob was born May 27, 1928 in Newark, NJ, the son of the late Sophie Stein and Joseph Seibel. He was an only child. On August 13, 1954, he married Barbara Beckwith in Iowa City, Iowa, who survives. They had just celebrated their 58th wedding anniversary. He is also survived by two sons; David B. and his wife Willette of East Brunswick, NJ, Scott B. and his wife Ann of East Lyme, CT and five grandchildren, Michael, Nicole, Jason, Samantha and Jack. He was pre-deceased by his daughter, Deborah G. Seibel McCann and son-in-law John McCann. Bob was a 1944 graduate of Weequahic High School in Newark. He attended the Newark College of Engineering for one year then served in the U.S. Navy as an electronic technician 3rd class from 1946 to 1948. After his honorable discharge, he earned a Bachelor's Degree from Syracuse University, majoring in Psychology with a minor in Philosophy. He then moved to the University of Iowa where he received his PhD in Psychology and Statistics in 1955. He began his working career at Lackland Air Force Base, San Antonio Texas as a Research Psychologist in the Personnel and Training Research Department. He carried out experimental research in motor skills and human learning. From Texas, his career moved to the IBM T.J. Watson Research Center in Yorktown Heights, New York. During his tenure with IBM, he authored numerous publications, presentations, one patent and several technical disclosures relating to communication and control devices. In 1964, he began his career at Pennsylvania State University as an Associate Professor of Experimental Psychology. After a successful role as an instructor, mentor, scientist and author of many publications, Bob retired from PSU in 1990s. He was a member of the Unitarian Universalist Fellowship of Centre County, where he served on the Board and numerous committees. He was a member of the American Psychological Association, a Phi Beta Kappa and Sigma Xi. Bob's interests included hiking, camping and canoeing. This passion took the family to Algonquin Provincial Park for backpacking canoe trips in August of many summers. Hunting was also a passion he developed in Iowa and continued for decades in PA. He spent many late November mornings with his children deer hunting in the Scotia Barrens. After retiring, Bob was active in the State College borough and community life, serving as Highlands Neighborhood President for several years and as Judge of Elections. He and Barb moved to Foxdale Village in 2009 where he enjoyed leading a "Challenging Ideas" discussion group and being an active participant in community life. Online condolences and signing of the guest book may be done at www.kochfuneralhome.com. The time and place for a memorial service will be announced when completed. Memorial contributions can be made to the Southern Poverty Law Center, 400 Washington Ave, Montgomery, AL 36104.
To send flowers to the family or plant a tree in memory of Robert Seibel, please visit Tribute Store

A Memorial Tree was planted for Robert
We are deeply sorry for your loss ~ the staff at Koch Funeral Home
Join in honoring their life - plant a memorial tree
Services for Robert Seibel
There are no events scheduled. You can still show your support by sending flowers directly to the family, or planting a memorial tree in memory of Robert Seibel.
Visit the Tribute Store
Print
Share A Memory
Send Flowers
Plant a Tree