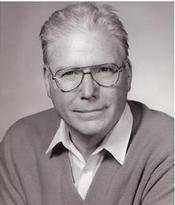 Burt Leslie Fenner II, 84, of State College, died, after an extended illness, Saturday, October 26, 2013, at the Atrium at The Village at Penn State, State College. Born August 12, 1929, in New York, NY, he was the son of the late Ward W. and Mavis Kydd Fenner. Burt was a 1947 graduate of Ridgewood High School in Ridgewood, NJ, and he served in the United States Navy during the Korean Conflict. He graduated with a Bachelor's degree in composition from Mannes College of Music in New York, NY in 1959 and a Master's degree in composition from Columbia University in New York, NY in 1961. Burt began to work at Mannes, where he had taken his undergraduate degree, in 1962, first teaching classes and eventually becoming assistant dean. Through a colleague at Mannes, he met Pamela Harris, whom he married on June 21, 1964, and who preceded him in death on August 6, 1988. From 1966 to 1988, Burt spent his summers in Rangeley, ME, and it was there, amid the moose and the loons, that he did much of his composing. In 1970, Burt joined the faculty of what is now the Pennsylvania State University School of Music, where he taught composition, theory, and electronic music, and he contributed administrative service when called upon. During his tenure, he was recognized for both his composing, receiving grants from the National Endowment for the Arts and the Pennsylvania Council on the Arts, and his teaching, winning an award from the National University Extension Association for Music 8, The Rudiments of Music, an independent-study correspondence course. He became Professor Emeritus in 1994, but he continued to oversee the performance and recording of his compositions, to be interested in the careers of his former composition students, and to run a small company, D.I. Music Engraving, which he eventually sold. Burt moved to the Village at Penn State in 2004. He enjoyed his independent living apartment immensely and benefited greatly from the services available to him there. He delighted in the friends he made, especially the Lunch Bunch. Later, he was grateful for all of the staff and services of the Atrium. Over the course of his lifetime, his many hobbies and interests included flying, playing and watching tennis, researching Fenner and Kydd genealogy, and winemaking. Burt is survived by two sisters, Virginia Bates of Norwalk, CT and Mary Dallman and her husband, Peter, of San Francisco, CA; two children, Deborah Fenner of Chicago, IL and William C. Fenner and his wife, Margaret, of Phoenixville, PA; and two grandchildren, Julia and Joshua Fenner of Phoenixville, PA. He will be dearly missed by his entire extended family. A Memorial concert will be announced at a later date. Memorial contributions may be made to Mannes College The New School for Music, Gift Accounting, Office of Development, 79 Fifth Avenue, 17th floor, New York, NY 10003. Arrangements are under the care of Koch Funeral Home, State College. Online condolences and signing of the guest book may be entered at www.kochfuneralhome.com.
To send flowers to the family or plant a tree in memory of Burt Fenner, please visit Tribute Store
Services for Burt Fenner
There are no events scheduled. You can still show your support by sending flowers directly to the family, or planting a memorial tree in memory of Burt Fenner.
Visit the Tribute Store
Print
Share A Memory
Send Flowers