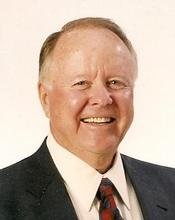 Marvin Blumenthal, 75, of State College, died Tuesday, April 19, 2011, at Mount Nittany Medical Center. Born December 15, 1935, he was a son of the late Aaron and Florence Shapiro Blumenthal. He married Eilene Houser, who survives at home. He is also survived by four children, Sheryl Blumenthal of Damascus, Stephen Blumenthal of Radnor, Michael Blumenthal and Wendy, and Amy McOsker and her husband, Charlie, all of State College; eight grandchildren, Thomas, Lindy, Brianna, Matthew, Kyle, Michael, Daniel and Ashley; and a brother, David Blumenthal and his wife, Carol, of Millsboro, Along with his parents, he was predeceased by a sister, Barbara Silverman. Marvin graduated from Central Friends High School, Philadelphia in 1953. He first attended Penn State from 1954 to 1955. After serving in the armed forces for two years, he returned to Penn State, graduating as an accounting major in 1960. After graduation, he joined a large accounting firm and worked there for five years. He then accepted a partnership, forming the accounting firm of Levy Blumenthal and Company in State College. The firm later merged with Seligman Friedman and Company, from which he retired as senior partner in 1995. Following his retirement, Marvin became a registered investment advisor, and partnered with his son, Stephen, to form Capital Management group, in Radnor. Marvin was a member of Congregation Brit Shalom and Centre Hills Country Club. He was a member of the American Institute of CPA's and of the Pennsylvania Institute of CPA's, where he served on counsel and was also president of the Central Pennsylvania Chapter. He was elected to the State Ethics Committee, serving for three years. Marvin co-authored a paper on the elimination of the deficit, which was presented at Georgetown University and was published in the national publication "Tax Notes". He was a member of SAAFTI, a national registered investment advisor society. Marvin was active in a freshman mentoring program "FastStart" at Penn State. He was passionate about skiing, golf, racquetball, chess, art, photography, Penn State basketball and football. Marvin was a loving, caring husband, father, brother, Pop and friend. Visitation will be 2 to 4 p.m. and 6 to 8 p.m., Monday, April 25, 2011, at Koch Funeral Home, 2401 S. Atherton St., State College. A memorial service will be at 3 p.m. on Tuesday, April 26, at the funeral home with Rabbi David Ostrich officiating. Burial will be private at the convenience of the family. Memorial contributions may be made to Coaches vs. Cancer, c/o the American Cancer Society, 123 S. Sparks St., State College, PA 16801, or to Centre County P.A.W.S., 1401 S. Trout Road, State College, PA 16801.
To send flowers to the family or plant a tree in memory of Marvin Blumenthal, please visit Tribute Store

A Memorial Tree was planted for Marvin
We are deeply sorry for your loss ~ the staff at Koch Funeral Home
Join in honoring their life - plant a memorial tree
Services for Marvin Blumenthal
There are no events scheduled. You can still show your support by sending flowers directly to the family, or planting a memorial tree in memory of Marvin Blumenthal.
Visit the Tribute Store
Print
Share A Memory
Send Flowers
Plant a Tree