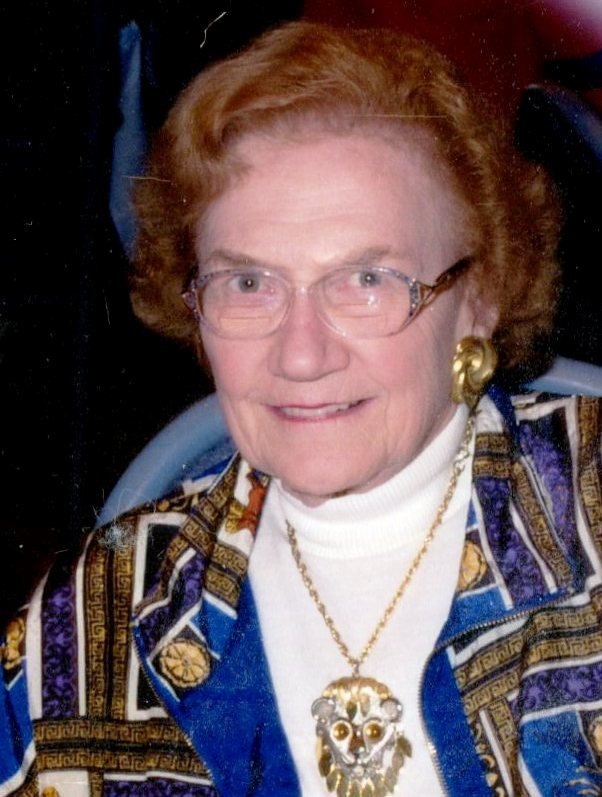 Bertha M. Goerder “Bert”, 95, of State College, died on Thursday, April 30, 2015 at Mount Nittany Medical Center, State College. Born April 13, 1920, in Wayne, she was the daughter of the late Walter R. and Margaret M. Douthett. On July 3, 1943, she married Robert L. Goerder who preceded her in death. She was a 1941 graduate of Penn State where she participated in numerous extracurricular activities – College Choir, Penn State Thespians, Women’s Recreation Association Board, Intramural Field Hockey and Basketball. She was named to several honoraria’s; Ellen H. Richards Club (local Home Economics honorary), Omicron Nu (national Home Economics honorary), Louise Homer Club and was later certified to teach Home Economics, English and General Science in both Pennsylvania and Virginia. She taught Home Economics in Pennsylvania and Virginia for eleven years ending her teaching career as department chairman. During her husband’s thirty year career in the United States Air Force she was hostess and helpmate, most importantly when he was stationed on the staff of Far East Command in Tokyo, Japan; Senior Air Force offices in Pakistan and Commander of the Nation’s most important intelligence stations and on the faculty of the Industrial College of the Armed Forces. Since moving to State College in 1971, she has been active in many community organizations: Centre Community Hospital Auxiliary, Meals on Wheels, Centre County Home Economists, International Hospitality Council, University Women’s Club and the American Cancer Society (area Chairman). She was a member of the founding committee of Back the Lions. Her service for Penn State included: five time member of the Class of 1941 Reunion Committee (twice chairman), co-host of sixteen Alumni Association Overseas Tours and host family for international students for twenty-five years. She was a member of the Nittany Lion Club, as well as booster clubs for men’s and women’s basketball, women’s volleyball, wrestling, women’s field hockey and women’s gymnastics. She was advisor to her sorority, Chi Omega for twenty-seven years. She was a member of the State College Christian Church for many years. She is survived by a son, Robert L. Goerder, Jr. of State College and a daughter, Barbara L. Ward, of Denton, MD; four grandchildren and four great-grandchildren. A memorial service will be at 2:00 p.m., on Saturday, May 23, 2015, at Koch Funeral Home, 2401 S. Atherton Street, State College, with the Reverend Elmer Fritz officiating. Friends will be received on Saturday, May 23, 2015 at the funeral home at 1:00 p.m. until the service time at 2:00 p.m. Burial will be in Arlington National Cemetery at the convenience of the family. Memorial contributions may be made to the Penn State Alumni Association, 102 Hintz Family Alumni Center, University Park, PA 16802 or to a charity of the donor’s choice. Arrangements are under the care of the Koch Funeral Home. Online condolences and signing of the guestbook may be made at www.kochfuneralhome.com.
To send flowers to the family or plant a tree in memory of Bertha Goerder, please visit Tribute Store
Saturday
23
May

Share Your Memory of
Bertha
Upload Your Memory View All Memories
Be the first to upload a memory!
Share A Memory
Send Flowers
Plant a Tree